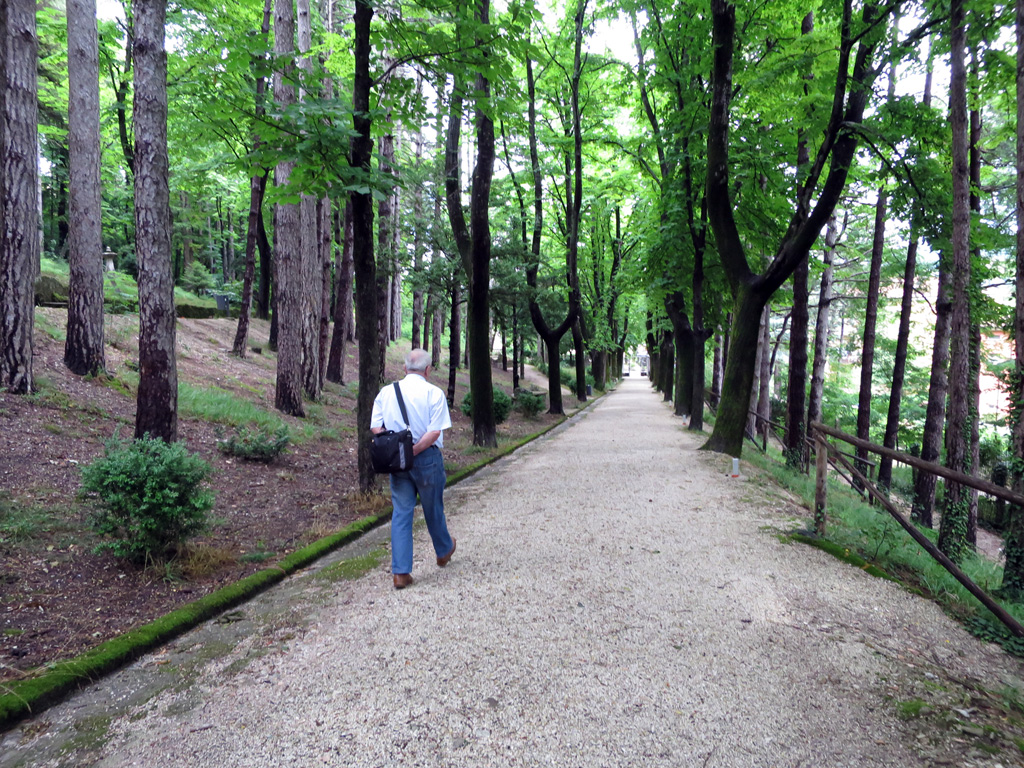 Story and Photos by Kate Bresnahan

Early on, Giulio Ciancamerla learned the power of communication.

At the age of 19, the Cagli, Italia, native moved for work to Malawai in southeastern Africa. When he first arrived, his brother-in-law introduced him to an English-speaking man who asked Giulio, “How do you do?” While Giulio knew a bit of English from school, he didn’t know enough to answer appropriately. Instead, he had to get help.

“The most important thing with a language is to communicate,” he says.

Since that time, Giulio has learned English firsthand as an autodidatta or self-teacher. These days, Giulio shares his knowledge, teaching English to adults in Cagli. While he has no formal language education, he has more than 50 years’ experience. After living in Malawi for 26 years, he also lived in South Africa and Zimbabwe before returning home to Cagli two years ago.

Giulio made the pilgrimage home to help his aging sisters and brother-in-law. He says that he is happy to be useful to his family. Most days, he reads, browses the Internet, and takes walks in the bincio or park, where he likes to walk and look at the trees. Giulio says he cares about the trees and wishes that someone would take care to keep them from getting sick. “Trees in the park need to be looked after like human beings,” he explains.

Giulio has enjoyed nature in this park since he was a child. He walks the same paths today that he explored in his youth. Before relocating to Africa, Giulio attended school in Cagli, and, for a few years, he participated in theater with his classmates.

Giulio has four adult children from his time in Africa. He doesn’t often see them in person because three still live in South Africa and one lives in London. He Skypes with them regularly. Since his return, Giulio’s children have visited him in Cagli. He is excited that his children love his hometown.

While Giulio has returned to Cagli, he says that many people are moving out of small Italian cities and towns and into bigger, more-metropolitan areas. This has been a trend since after World War II. Before the war, about 70 percent of Italians worked the land; however, after the war many people moved to the cities where they could work in newer industries. These days, many people are moving out of Italy for work, and for those people, knowing more than one language is an advantage.

“I know the difficulties of learning to speak a foreign language through the Italian schools,” says Giulio. When he was in school in Cagli, he studied English and French but didn’t master any language until he learned on his own. Giulio wants to help Cagli residents learn English so they can improve in their current jobs or find new jobs. He also says that he would like to start a small English Club in Cagli where people could learn and practice speaking English together.

Giulio believes that the most important reason to learn a new language is to communicate with a greater variety of people. He is giving back to his home city by introducing people to the English language so they can succeed in Cagli or beyond.