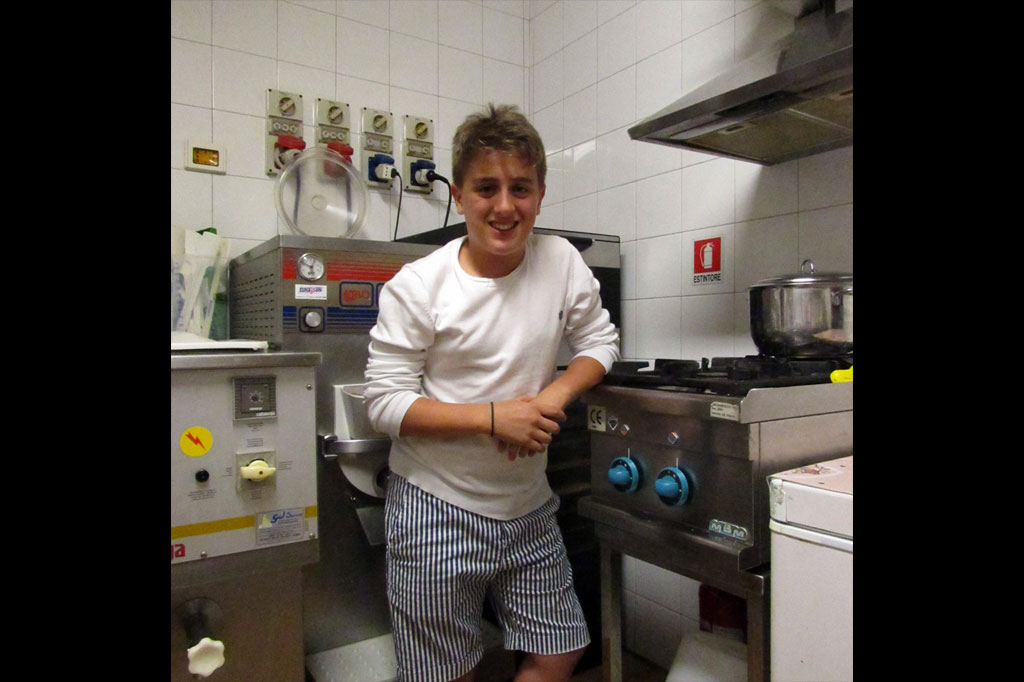 On the Map Again

Story and photos by Patrick Brown

Cagli, a small town nestled in the Apennine Mountains of Central Italy, has seen a lot of action in its time. According to a local tourism website, the village was founded around 220 BC by Gavius Flaminus as a remote way station on the Via Flaminia, an important, early Roman road to the coast.

This region was the site of numerous ancient battles. The Gaul’s came through on their way to sack Rome; so did the Lombard’s. The Byzantine Empire set up house here for a while in the 12th Century until the Ghibelline’s burned it down in 1287 AD.

According to local historians, Pope Nicholas IV had the village moved to its current location in 1289 AD and built a wall around it. Here, Cagli has remained, through emperors and kings, Papal States and dictators, princes and politicians, famine and plague, generation after generation.

The original Roman bridge can still be seen, and the old stone buildings, cobblestones, and piazza have gained the patina of time. Down the narrow street from the beautiful and still active 19th Century Opera House sits the medieval Town Hall.

The village hosts a number of annual festivals, like the Salami Festival, a Truffle Festival, a veritable parade of religious celebrations and, of course, baptisms, weddings and funerals.

Otherwise, it might seem that not much happens in this peaceful, off-the-beaten-path, 2,245-year-old community.

All that changed recently, when Cagli gained international fame and recognition as the hometown of Junior Master Chef contestant Nicolò Marcucci.

The 12-year-old Cagli native earned a place as a finalist in the immensely popular and world-syndicated television series “Junior Master Chef.”

On the night of the finale, a large crowd of supporters turned out to watch on the big-screen television, set up just for the event, in front of Caffe’ de Italia in Cagli’s main plaza, Piazza Matteotti.

Nicolò took second place in the event but not before winning the hearts of nearly everyone in Cagli, not to mention the tens of thousands of television viewers across Italy and the rest of Europe.

In a live television interview after the event, Nicolò said, “This was a stupendous adventure. I met new friends and learned a lot.”

Nicolò’s father, Giuseppe, was not surprised that his son was a contestant. “Every time I would go to pick Nicolò up at a friend’s house, he was always cooking,” he said. “He loves to cook.”

Just becoming a contestant was quite a challenge. After watching a promotion for the program, Nicolò and his mom, Barbara, submitted the email application form. Next they waited, and waited, then waited some more.

Finally the big break came, and before he knew it, his entire family was off to Rome for a screen test.

Rome was a “dream comes true” for young Nicolò. The visit included a VIP-guided tour of Cine Citta, Italy’s Hollywood, fine dining, and introductions to some of Italy’s finest chefs.

Next, he performed a cooking demonstration. Then it was back to Cagli and more waiting. Two months later, he got the word that he was “in.” Next stop, Milan.

Again the entire family was off on an adventure. This time the filming took five weeks. During the stay, the family was constantly wined and dined, entertained, put up in grand hotels, and treated like celebrities. Throughout the filming, and as Nicolò advanced in the standings, he continued to gain greater recognition.

“I never thought that I would make this far,” said Nicolò about his final-contestant status. As luck would have it, Andrea, his fellow final contender and the ultimate winner, was his roommate throughout the filming, and they became great friends.

“Andrea became a good friend, and I was happy that he won,” Nicolò said.

Nicolò’s entries in the final televised round were impressive dishes that could have stood against any adult Master Chef contestant. His first dish was a tartar of beef with bacon jam, and he won accolades from the judges for his second dish, a ragout of escargot garnished with strips of crisp fried pork.

His final submission surprised everyone and received rave reviews. This original creation, a mock ice cream on a stick, was made with minced fresh amberjack (a type of fish), capers, olives, parsley, apples, a little cream, and Worchester sauce. This mixture was tightly packed and shaped like an ice-cream bar, covered with shaved fresh almonds, then thoroughly chilled before presentation.

As a final contestant, Nicolò got to keep the coveted Junior Master Chef apron. He is proud that famous chefs befriended him. When asked if he plans to open his own restaurant soon, Nicolò replied that first he had to “finish regular school” and then he plans to attend a culinary academy.

It is quieter now back home in Cagli. The village is getting ready for the summer tourist season. The piazza closes for parking after 8 each night, and the old men still sit on the large stone bench along Town Hall.

These days, Nicolò continues to learn karate, play soccer, and practice guitar while enjoying his summer doing traditional things such as swimming in the river and hanging out with friends. He has gone back to being “just one of the boys,” but he still enjoys cooking for his friends and family.

Just another historic event in the long tradition of Cagli.