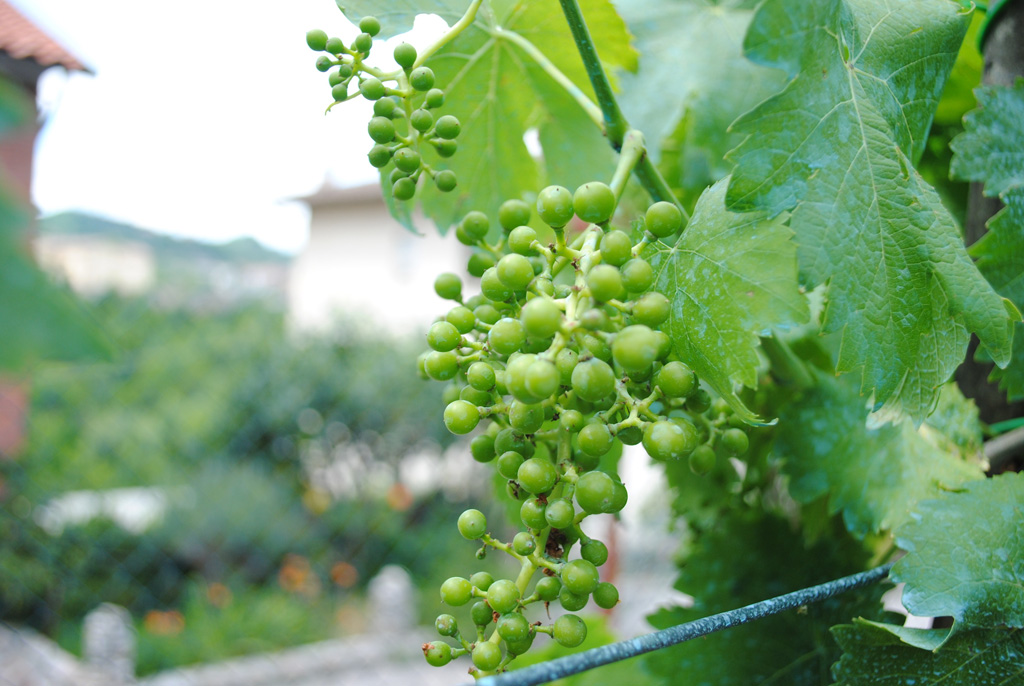 Pride in the Cellar

Story and photos by Allison Armfield


Augusto Catene holds a glass of white wine to the sun and carefully inspects the clarity and marigold pigment of his craft. The Catene family has been making wine for so long, “it would take forever to count back the years,” he says.

At a young age, Augusto learned the trade from his father; he recalls that as soon as he could walk, he was tumbling around after his father and helping with the winemaking process. Now Augusto, along with help from his brother Massimo, continues the tradition in his basement cantina in Cagli, Italia.

Augusto is 75 years old. He once owned a construction company in Cagli but has been retired for one year. He talks about his passion for winemaking as he carefully navigates around the equipment in the cantina. His calm demeanor shows he is truly in his element. He squats down, shining a light to illuminate the perfectly toasted interior of an empty oak cask that is more than 100 years old but still functioning. For many months at a time, this barrel has fermented numerous batches of wine. The cask’s history is astounding, but this cask is not alone. Many similar casks in Augusto’s cantina are in just as good of condition.

An old grape press sits in the corner. Augusto shuffles objects around and eventually pulls out a long rod. Attaching the rod to the press, he demonstrates the cranking motion used when the press is full of crushed and fermented grapes, ultimately yielding wine to be bottled.

Modern technology has invented a motorized press to reduce the manual labor involved in winemaking, but Augusto prefers to stick to tradition. He swears by the moon cycle, which is typical in some Italian custom: Wine is only bottled during a waning moon. The idea is that the gravitational pull of the moon will separate the sediment from the finished product. Augusto isn’t concerned about the scientific validity of the tradition; he wants to keep his process consistent with his ancestors.

Augusto and Massimo work with grape varieties that need no translation: sangiovese, biancello, merlot, and moscato. Massimo likes the vino rosso (red wine) while Augusto prefers vino bianco (white wine.) The crisp, fruity notes of the moscato Augusto samples linger on a tepid spring day; the wine is a refreshing afternoon aperitif (a drink typically served before a meal in Italian culture).

The brothers buy their grapes from a neighboring town, Fossombrome, but Augusto proudly displays several vines of moscato in his own backyard garden. These uve (grapes) do not yield much wine, he says, but each year Augusto uses them in batches, a reminder of his childhood years spent following his father around the vineyard.

This homemade wine by the Catene brothers is not sold in stores. Instead, Augusto invites friends (and friends of friends) over to his cantina and shares memories and good times over a glass of his craft. He smiles as he looks at shelves lined with unusual bottles; as payment for his wine, friends sometimes bring rare or distinctive bottles for what he calls his “trophy wall.” Augusto points to two bottles of whiskey that are shaped like guns and explains that those bottles are 40 years old.

When asked what he loves about making wine, his eyes glisten. “It comes from the generations,” he says, “I follow my father and every generation before him.” When asked what he doesn’t like, he laughs and says without hesitation, “Nothing. I love the whole process.”

Augusto takes winemaking seriously. He doesn’t use sulfites or chemicals in the process; instead he puts a layer of paraffin wax on the top of each glass carboy (a jug used to store wine) or tank to keep oxygen and bacteria from spoiling the batch. He laughs and almost looks taken aback when asked if he adds any other fruits or components to his wine. It is all natural, he says.

Augusto has one son who he says hasn’t expressed any interest in continuing the Catene family tradition of winemaking. As Augusto saunters around the cantina showing off his equipment and sharing glasses of homemade wine, he explains that his son is in the Italian military and currently living in the Congo. Augusto knows this may be the end of his family’s winemaking legacy.