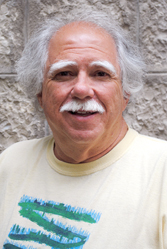 Dr. Caputo earned his Ph.D. from the Claremont Graduate School and University Center. His areas of expertise include media and social values, communication theory, intercultural and interpersonal communication, communication and culture. He is the author of six books: Dimensions of Communication; Interpersonal Communication; Communicating Effectively: Linking Thought and Expression; Public Speaking Handbook: A Liberal Arts Perspective; Effective Communication Handbook; and McDonaldization Revisited: Critical Essays on Consumer Culture. Dr. Caputo has been honored as a Visiting Scholar In-Residence at the University of Kent at Canterbury, England and the Masters Program in Media and Communication at the Universita de Firenze, Italy. He has been taking student groups to Italy for the past seventeen years and has been part of the Cagli Project since 2002.

Dr. Cunningham completed her Ph.D. in the Department of Radio-Television-Film where she also earned a doctoral certificate in Women’s and Gender Studies. Her research areas include media and technological literacy, social media, the digital divide, nonprofit communication, youth studies, and qualitative research. She is the editor of Social Networking and Impression Management: Self-Presentation in the Digital Age (Lexington Books, 2012). Her work has been published in New Media & Society, Journal of Children and Media, as well as several book chapters. She teaches classes in communication theory, social dynamics of communication technology, communication teaching and pedagogy, and public speaking. She is a board member of the Northwest Alliance for Responsible Media. 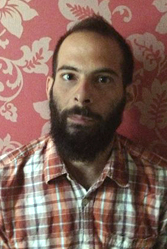 Aside from teaching in Italy, Giovanni has spent time teaching at various levels in the French public school system. Back in the U.S., he works as a French translator and graphic designer. Giovanni’s academic interests include journalism, short story writing and storytelling. In addition to teaching a course on journaling in last year’s Cagli program, he was also the editor of the Armagh Examiner and Around Armagh, online news and information blogs created for the program InArmagh 2007. Giovanni has been with the GonzagainCagli project since 2009. 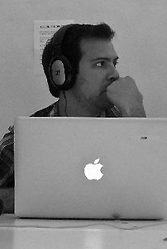 After graduating Darcy worked for various photography studios before focusing on print journalism, contributing writing and photography to Spokane, Wa alt weekly newspaper The Pacific Northwest Inlander and San Francisco’s XLR8R magazine. In 2007 he joined ieiMedia (The Institute for Education in International Media) as a lab technician for their study abroad programs in Cagli, Italy and Armagh, Northern Ireland. Starting in 2009 he joined the Gonzaga-in-Cagli project first as head Lab Technician, then later as Web Master. During this period he befriended Stones Throw recording artist James Pants and was given the opportunity to contribute instrumentation and cover art for his 2011 self-titled release. More recently he has been working in the localization industry as a Language Support Specialist for such clients as Microsoft, Starbucks and Playdom, Disney’s Facebook games branch.

Sarah Matz has worked in the government and political communication fields for more than a decade. Her experience includes work in the U.S. House of Representatives, the U.S. Department of Justice, and the State of Texas. She currently works as director of state government affairs for the southern region of the United States for a national technology trade association. Sarah holds a BS in criminal justice and an MA in communication and leadership studies from Gonzaga University. During her time at Gonzaga, she earned a certificate in Intercultural Communication and International Media. Sarah currently resides in the live music capitol of the world, Austin, Texas. 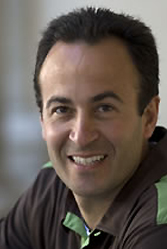 Before joining the Daily News in 1997, he worked at the Press Enterprise newspaper in Bloomsburg, Pa. Maialetti is the director of Philadelphia Conference, a non-profit organization dedicated to the promotion and advancement of photojournalism. He is a former president of the Pennsylvania Press Photographers Association. Currently teaches the Introduction to Photojournalism course at Community College of Philadelphia and is an adjunct at Temple University. He is a 1989 graduate of Temple University’s School of Communications. Dave instructed photography for the 2006 Camerano Project as well as the 2007 & 2008 Cagli Project hosted by ieiMedia and has been with the GonzagainCagli project since 2009.