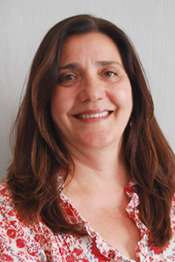 Suzanne Ali is a documentary television producer from Los Angeles, California. The daughter of a Middle Eastern immigrant, Suzanne has spent quite a bit of time traveling and working abroad. Over the course of her career Suzanne has interviewed people from all walks of life, in all manner of situations. She spent several years interviewing inmates in maximum-security prisons in the United States for a documentary series on incarceration. Suzanne hopes to apply her graduate degree towards working for restorative justice. Read her story The Invisible Artist. 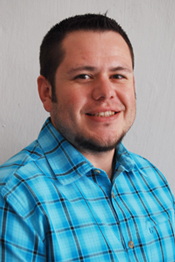 Armando “AJ” Davila is a native of The Dalles, OR now living in Klamath Falls, OR. Having served in the United States Marine Corps from 2001-2005 with two combat tours in Iraq, he entered the work force seeking experiential learning skills. While he spent time thoroughly engaged with different types of work, he found his place in Klamath Falls where he received his B.S. in Communication Studies at the Oregon Institute of Technology. His passion to continue his education into post-graduate school was sparked from his interest to work with combat veterans who suffer from Post-Traumatic Stress Disorder. Armando spends a lot of time helping local veteran organizations and helps direct a nonprofit organization started at the Oregon Institute of Technology. Armando is inspired to work towards his goals to set an example for his two children in hopes they will follow their passions and dreams to help others. Read his story A Creative Vision. 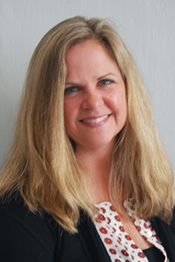 Janet Feliciano earned her bachelor’s degree in Communication and Theater Arts from the University of Puget Sound, and is currently working toward her Master’s Degree in Communication and Leadership Studies through Gonzaga University.  She also earned her Washington State Teaching Certificate in Elementary Education from St. Martin’s College with an endorsement in K-12 English. For the past 17 years, Janet has worked in the pharmaceutical sales arena. She currently works for Sanofi U.S. as a Specialty Sales Professional in the Diabetes and Metabolism Unit. After she earns her MA, she plans on exploring the corporate side of the pharmaceutical industry focusing on the public relations/philanthropy/training departments. Mother to Alisa, a 19-year-old university student, Janet enjoys the arts, travelling, and volunteering in her community. She spends a lot of time in the outdoors gardening, hiking, biking, running, and enjoying nature. Her main goal this summer is to win the giant pumpkin growing contest she has entered into with her friends. Read her story Art in the Heart of Cagli.

Linda Gorman has spent the last nineteen years in the public relations and communication fields.  Currently, she works at AAA as Director of Communication and Public Affairs, where she oversees the club’s internal and external communication programs, as well as advocacy initiatives.  During her tenure, she has earned several communication awards, including three Copper Anvils, an IMPACT award and an Award of Merit from the Public Relations Society of America (PRSA).  Linda is a past board member of the Phoenix Chapter of PRSA and currently serves on the board of directors for the Arizona Lodging and Tourism Association and the Valley of the Sun YMCA. She holds a B.A. in English from Arizona State University and an Accreditation in Public Relations from PRSA and will complete her Master’s Degree in Communication and Leadership from Gonzaga University in the fall of 2014.  She is a native of Phoenix, Arizona, where she currently resides with her husband of 17 years, her teenage son and her daughter. She has a passion for traveling and is almost always planning her next vacation. Read her story Cagli Memories Etched in Stone. 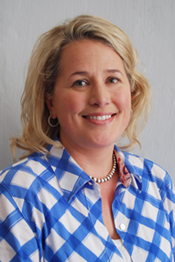 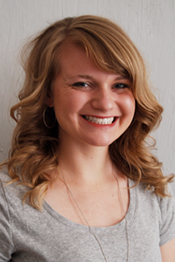 Amanda Long just graduated last May with her teaching degree from Washington State University. She decided to further her education in getting a master’s degree in Communication and Leadership through Gonzaga University. She currently resides in Spokane, Washington with her family but soon will be moving to further her career. She will begin her teaching career as a 1st grade teacher. She hopes to change the lives of her students and make a contribution to education. Read her story Continuing the Family Tradition. 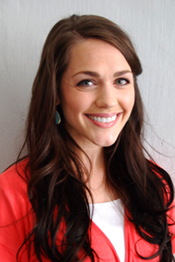 Sarah Steele is from Louisville, Kentucky, and currently resides in Columbus, Ohio with her husband and two young boys. She graduated from Western Kentucky University with a BA in Communication Studies, with minors in Leadership and Psychology.  Her real passion is interpersonal communication education. She plans to earn her master’s and doctoral degrees in order to teach at a university when her children go to school. In Sarah’s free time, she enjoys playing basketball, singing, cooking, card making and creative writing. She loves traveling, the performing arts, and spending time with her family.  Read her story Protecting Cagli’s Future. 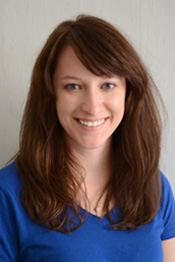 Amanda Grace Taylor lives in Baltimore, Maryland and where she works for a non-profit organization. While she calls Washington State home, Amanda has been living abroad in Germany and the UK for most of her adult life. After earning her B.S. from the University of Maryland European Division, Amanda now pursues a graduate degree in Communications and Leadership at Gonzaga University. Amanda has received her Finishing Touch Program (International Etiquette) certificate and her certification to teach etiquette to teens and children. She will put these etiquette certificates to use teaching young people to project their best image. Read her story Home, Home on the Range of Cagli. 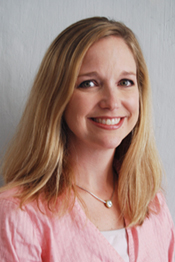 Candice Ward-Ferris is an intercultural communication professional that specializes in marketing and branding strategies.  For roughly 14 years, she has worked to develop, market, and execute international educational and training programs across the public, private, and government sectors. She worked most recently with the U.S. Department of State’s Bureau of Educational and Cultural Affairs, helping craft a communication and branding strategy for alumni.  Having studied, worked, or traveled to more than 35 countries, she is passionate about creating understanding in an intercultural environment.  She will complete her M.A. in communication and leadership studies from Gonzaga University in May 2015.  Originally from North Carolina, Candice now resides with her husband and two children in the Washington, D.C. area. Read her story A New Branch in Cagli. 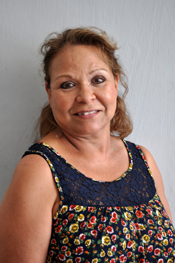 Rosa Alvarado lives in Vancouver, Washington. She has two daughters Tracy and Stacy Miskovich (27 & 25 yrs. old), and has worked for the City of Vancouver (local government agency) for the past fifteen years, and is a member of the Diversity Advisory Committee for the Police Department. She earned a Bachelor’s Degree on Public Safety/Emergency Management from Grand Canyon University. Once  she receives her Master’s Degree in Organizational Leadership from Gonzaga University, she plans to pursue employment anywhere in the United States or outside the country where she can use the skills she has worked so hard to earn. She has created a Rosa Alvarado scholarship at Clark College in Vancouver, to help women go back to school to either learn English or get their GED. Read her story Mercerie Intimo. 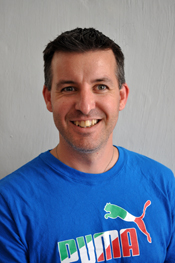 Matthew Clark, a native of Wichita, Kansas is entering his second year in the Communication and Leadership Studies program at Gonzaga University. He obtained a BA in journalism from the University of Massachusetts-Amherst with Commonwealth Honors. A  journalist for two decades — covering news and sports for both radio and newspaper — he currently serves as the editor of The (Forest City, N.C.) Daily Courier. Most recently, he was awarded by the North Carolina Press Association for website design and investigative journalism. Matt is married to Amanda (Thomas) and they have three children: Nathan, and twins Jordan and Jeffrey. Read his story Old Soul Fitting in Modern Times. 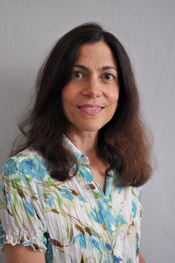 Rita Creel is a software systems engineer with a special interest in applying communication and leadership theory to complex systems development. A student in Gonzaga University’s Master of Arts program in organizational leadership, she previously earned a bachelor’s and master’s degree in engineering and computer science. After completing her studies at Gonzaga, she plans to pursue a doctorate focused on communication and leadership in engineering and technology. Ms. Creel resides in northern Virginia with her husband and two daughters. In addition to introducing her to the exquisite, ethereal beauty of renaissance art and architecture, her experiences in lovely Cagli, Italy have deepened her appreciation for the complexity and rich gifts hidden in linguistic, cultural, and individual differences. Read her story A Glimpse of the Palio dell’Oca Through the Eyes of Cagli’s Young Drum Corps. 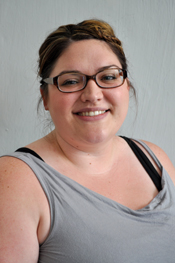 Courtney Dirk was born in Anchorage, Alaska and raised in Irvine, California. She received her BA in Organizational Leadership in 2010 from Gonzaga University.  She enjoyed the program immensely and preceded to extend her education at Gonzaga with her Masters in Organizational Leadership.  She currently is in her last semester.  She has been married to her husband for almost 3 years and they have two vivacious children, Greyson and Elizabeth. Her life loves include spending time with her family and friends.  Courtney is currently living in Washington where she works for Providence Health and Systems. The Cagli project opened up her love for traveling and cultural immersion. Read her story The Essence of the River. 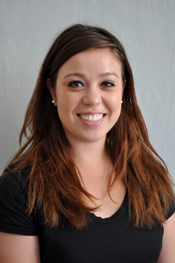 Victoria Hanson is from the San Francisco Bay Area.  She earned her Bachelor of Arts in Communication Studies with an emphasis in Digital Media from Sacramento State University. She currently works in the educational field and enjoys working with students. An international traveler herself, Victoria loves culture and navigating in a new environment. Read her story A New Taste to Town. 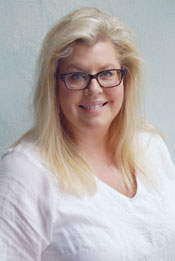 Shelley Hepler is a Social Media Manager for a marketing company in Spokane, Washington. She also publishes an online women’s lifestyle magazine that has a global following. Combining a background in pubic sector program management with business communications, she is anticipating transitioning to corporate business at the completion of the COML program. It is Shelley’s goal to fulfill her love of adventure and travel with her next work venture, so is seeking work with a company that has a global profile. Who knows where she’ll land! Read her story Cultural Center of Excellence: The Well That Keeps Giving. 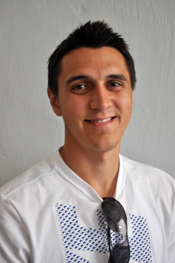 Stephen Miller lives in the San Francisco Bay Area with his lovely wife and energetic young son. Family is the pinnacle joy in his life. With his wife and family alongside, Stephen pastors families of teenage students in an expanding local church. He received a B.S. in Criminal Justice from California State Univeristy East Bay and is currently pursuing a M.A. in Communication and Leadership Studies from Gonzaga University. In doing this, he hopes to protect and encourage victims of malice and injustice around the world. Read his story A Cup of Culture. 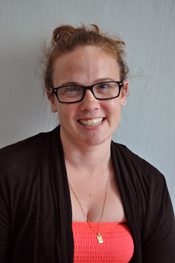 Abigail Padfield has traveled extensively.  She currently resides in Spokane, Washington where she is earning her second Master’s in Communication and Leadership Studies at Gonzaga University.  Abigail currently works for Spokane Gymnastics. Read her story Panificio Ricci: Success Amidst Difficulties. 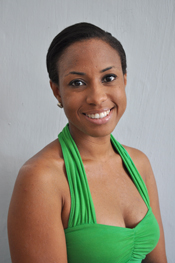 Kerel Pinder is from the beautiful islands of the Bahamas. She currently holds a Master’s degree in Education from University of North Carolina Chapel Hill and a Bachelor’s degree in Psychology, from Acadia University. Kerel also currently has eight years working experience in guidance and counseling. She is currently pursuing her Masters in Communications and Leadership. Kerel’s experience as a local and national pageant titleholder, along with several independent entrepreneurial projects has ignited the fire in her for a career change. These projects have allowed her to master and exercise her passion for production, marketing, public relations, radio, TV hosting and event planning. Kerel also enjoys writing, reading and acting in her spare time.  Read her story A Mother’s Inspiration.

Agnes Poliquin graduated from the University of Nevada, Las Vegas in 2011 with a B.A. in English and Education. She teaches in Las Vegas, NV and is currently pursing her M.A. in Communication and Leadership Studies at Gonzaga University. Read her story Brewing a Community Tradition. 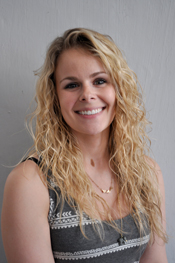 Jessica Silva is a marketing professional located in Seattle, WA. She graduated from Western Washington University in 2009 with a B.A. in Communications and Public Relations. She is currently pursuing her M.A. in Communication and Leadership Studies at Gonzaga University. Read her story The Wall.