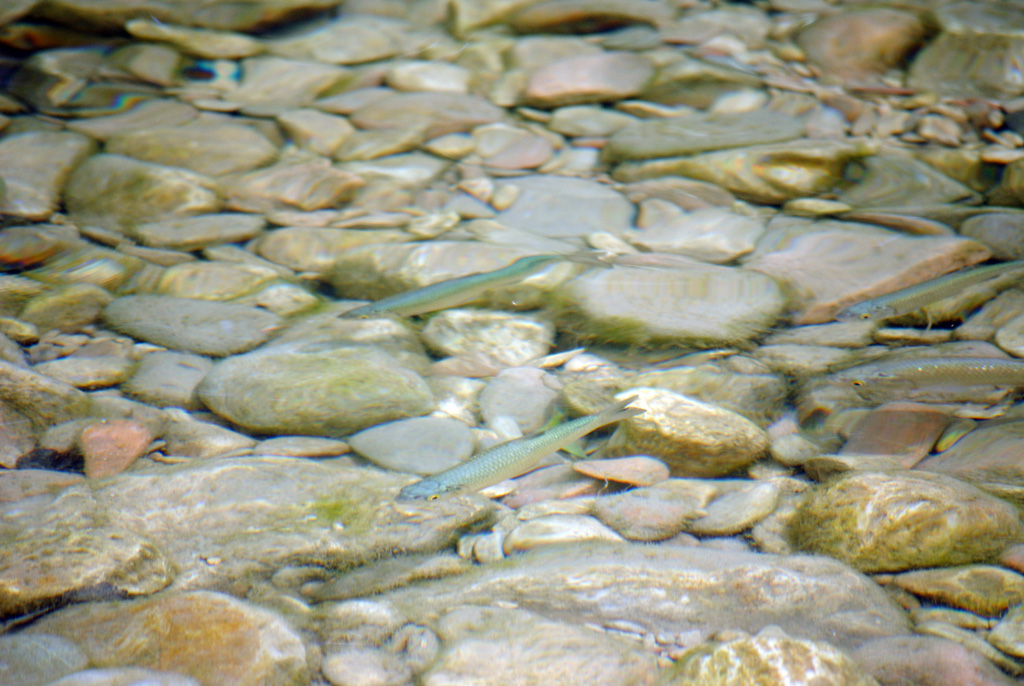 The Essence of the River 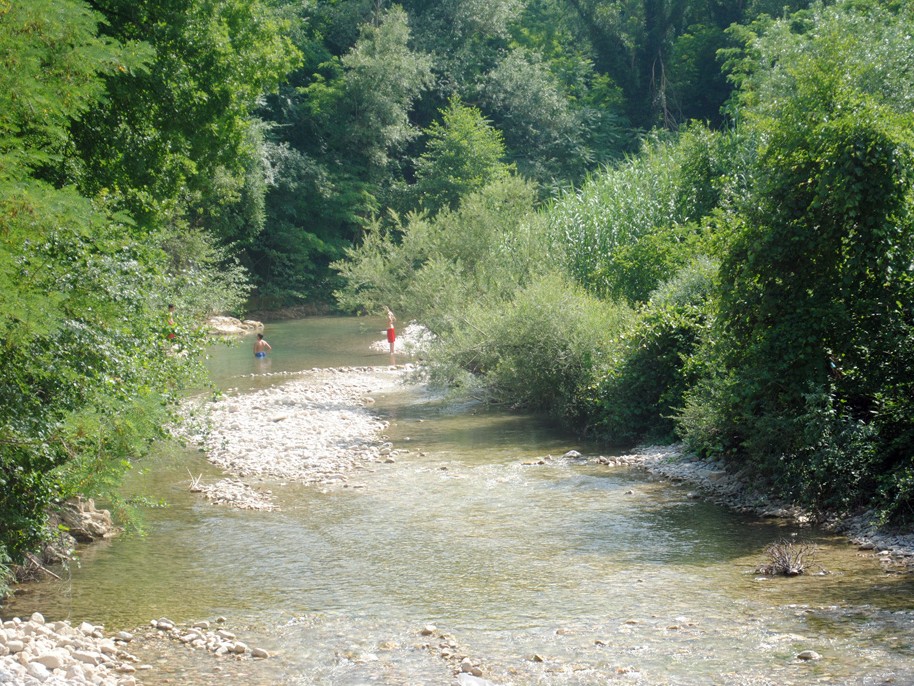 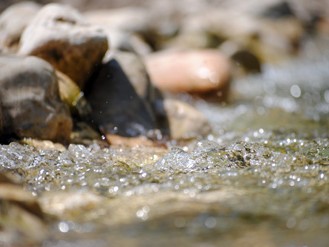 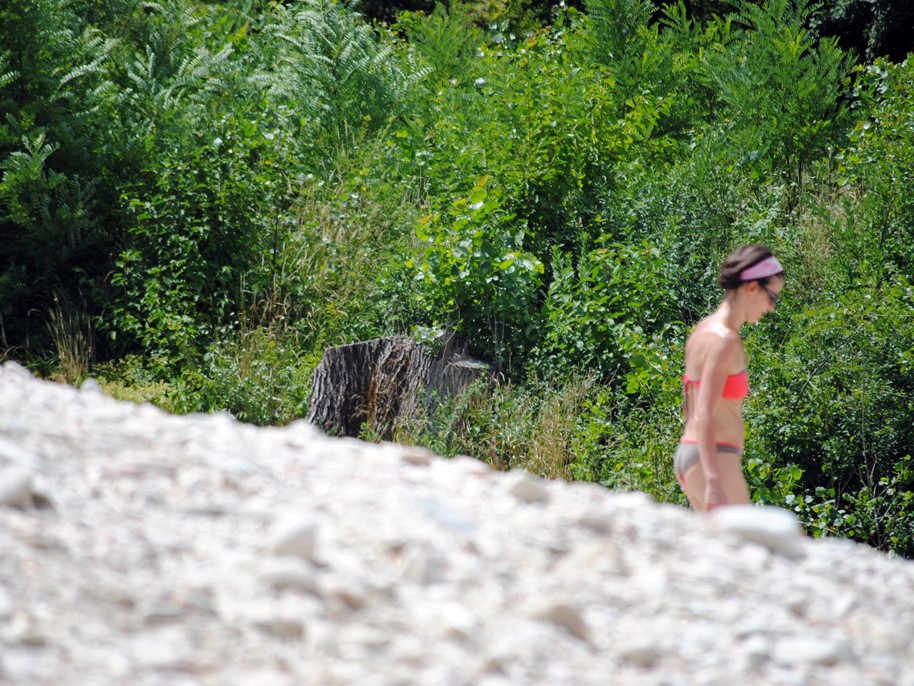 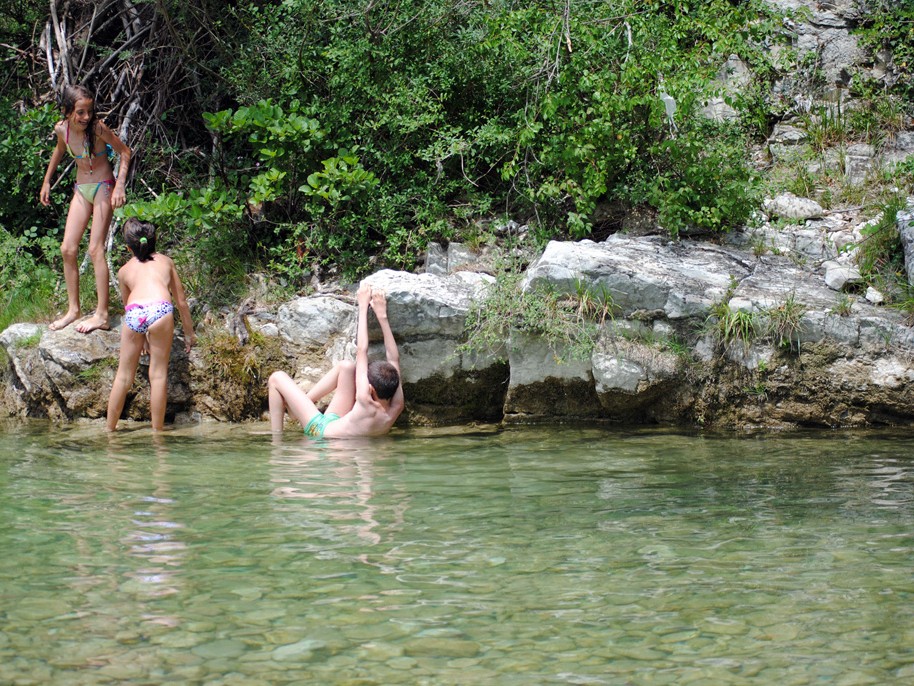 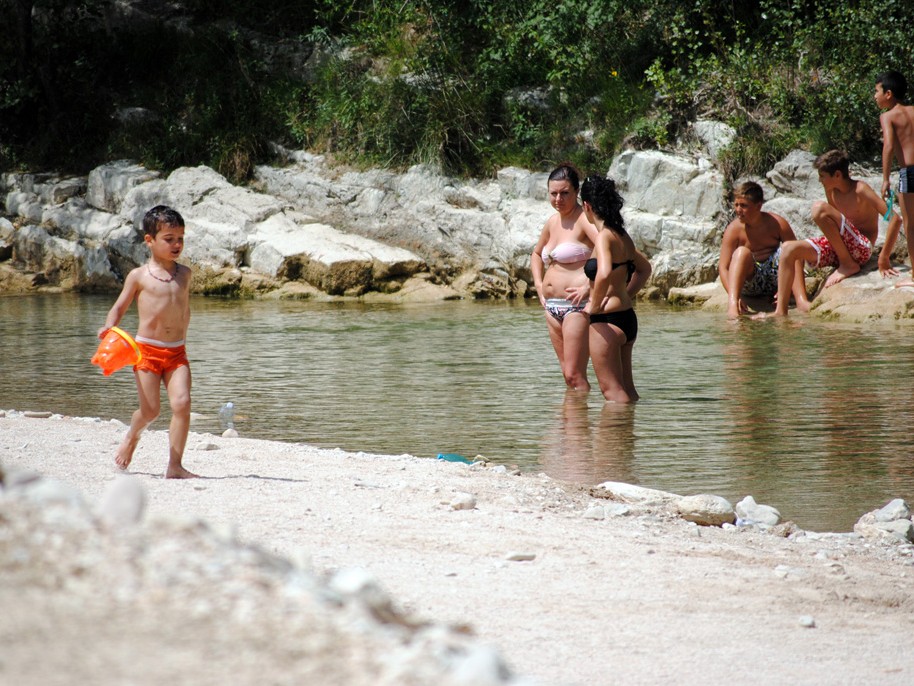 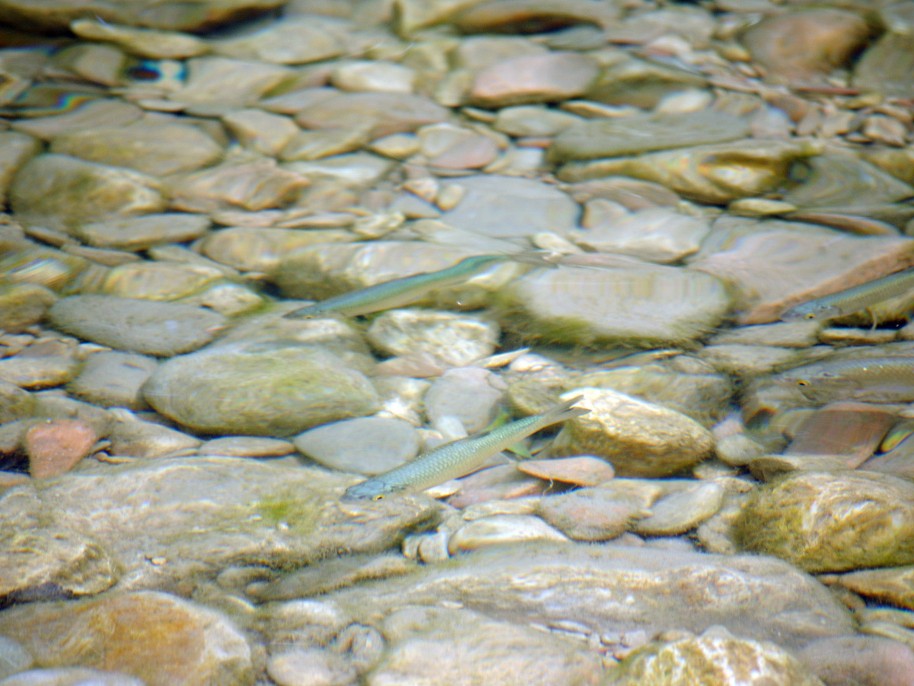 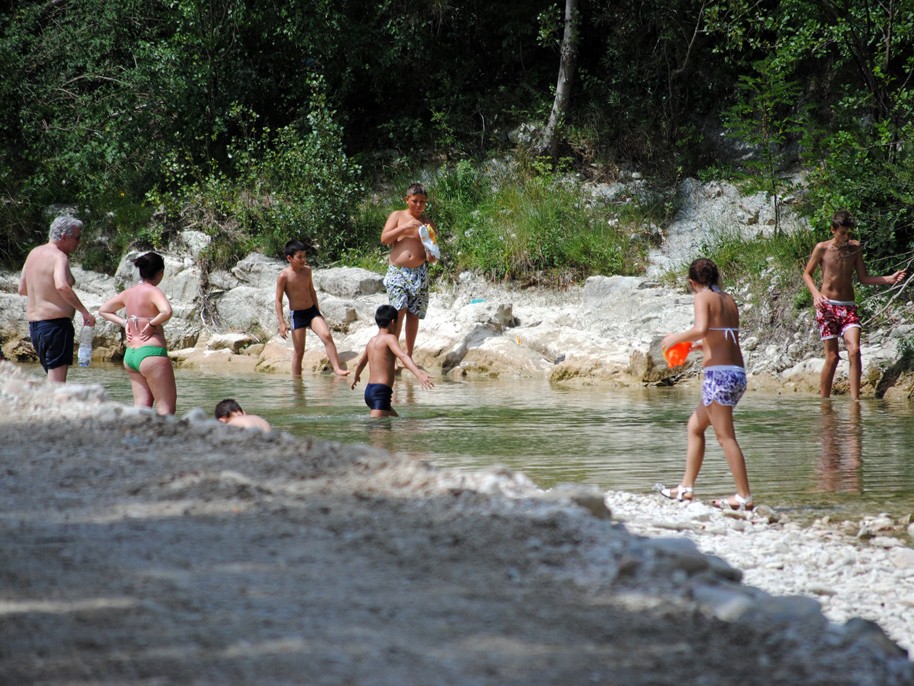 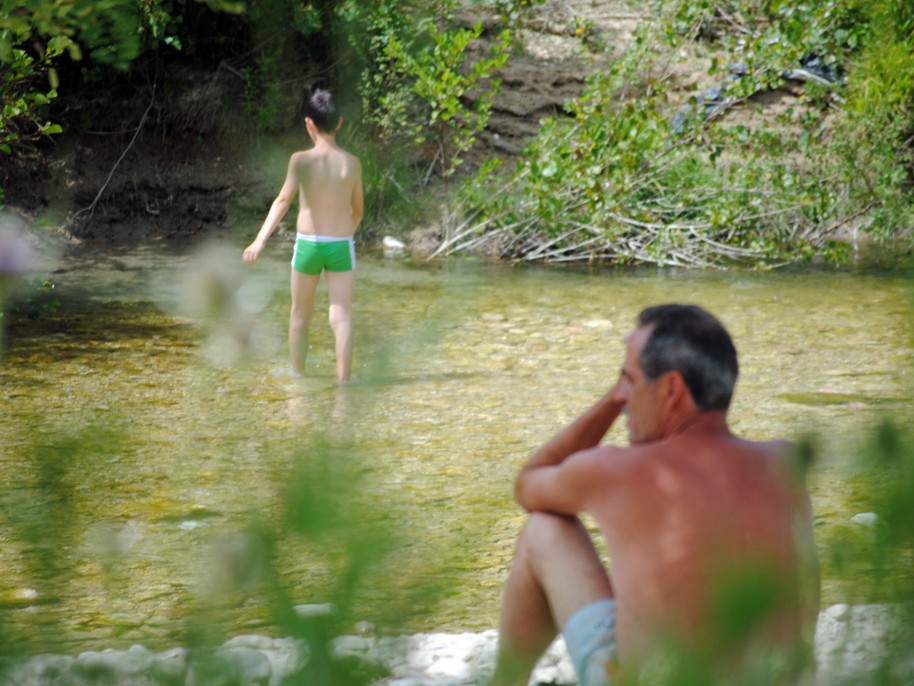 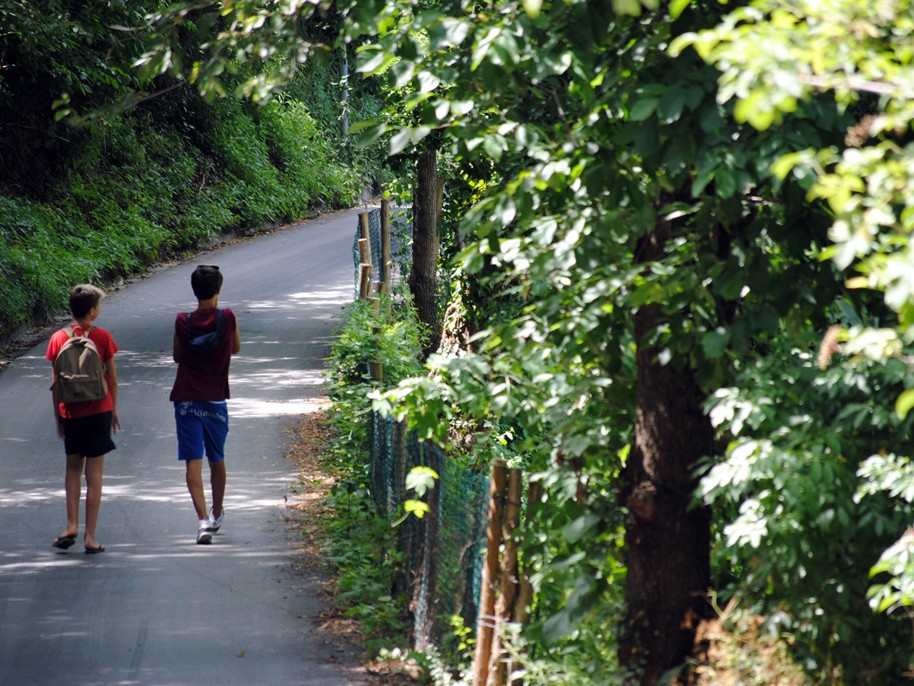 One o’clock hits and the need for a crisp, refreshing dive in the Burano River calls. The calm river excites the people of Cagli as the brilliant sun burns heavily over the quaint town.

Cagli is nestled between two rivers, the Bosso and Burano. The Burano River, the larger of the two, offers several swimming holes that attract young and old alike to share in community.

Pausa, a time to rest and relax after lunch, commences and an option to cool down from the scorching sun-filled day is to take a dip in the Burano. One popular location is the river bank, located a short walk from the center of Old Cagli. Recently, the city invested in the creation of a sandy beach to make it more inviting for residents and visitors.

People from all over the Italian countryside come to experience the river.

“Every person, no matter what the age, comes down here throughout their lives,”said Antonio Urbinati, a resident of Cagli.

Some might come to the river to watch their little ones play, while others take the time to catch up on their suntans. Most of all, the river is a place where everyone can gather and enjoy the essence of nature.

Antonio drives his white Fiat down a windy paved pathway leading toward the bank of the Burano.  During the day Antonio is a busy man who constructs elaborate model-size cars. He takes time from his day to visit the river. He gazes over his children playing in the water while he takes shade in his car.  He has come to this spot since he was a little boy.

“The people all come together at the Burano. This river symbolizes community,”says Antonio. To him, the Burano is pristine and more peaceful than taking a bus to the beach.

A little way down the riverbank from Antonio is a mother with her two young children jumping off the rugged boulders.

Nadia Biancarelli is a resident of Gubbio, close by to Cagli.  She is new to visiting the Burano River and delights at such a majestic place.

“People of all ages can enjoy this river and it doesn’t cost a thing,”comments Nadia.

As she watches her children with a sense of relaxation, she takes in the beautiful serene surroundings that neighbor the Burano.

“With all the people present, the atmosphere is still quiet and enjoyable,”Nadia said.

The river reminds Nadia of older, simpler times. Nadia reflects on the moments when her grandfather gave her a passion for swimming.

The Burano river has a significance that dates back centuries.  During the Medieval period, the river was a defense and deflected intruders from invading Cagli.

The Romans built the city between the two rivers rather than in the hills.  These two rivers originate at a distant spring and help cultivate the land with the flow of fresh water.

Linda Sebastianelli, a resident of Cagli and barista at Caffe’d’Italia, tries to enjoy time away by visiting the Burano, but sometimes the responsibilities of adult life get in the way.

“I would love to be able to enjoy more time down by the river, but I have to work,”said Linda.

There are certain parts along the river that have become favorites to the residents.

“The younger people go out toward the waterfalls,”said Linda.

Stepping on the warm granular sand causes a sense of bliss.  Standing in the fresh transparent waters allows a person’s body to cool down and embrace the luscious green surroundings.  Birds are bathing, kids are excitingly jumping off rocks, and long overdue conversations are held between friends.

Life slows down when wading in the water and watching nature.  Families reunite with a picnic of pecorino cheese and fig jelly as they watch their children enjoy the fine nature that lay before them.

Nadia watches her son climb the jagged rocks and jump off repeatedly. One of the times he cut himself.  Instead of running to his aid, she watched him deal with his injury.  “He was calm about it because down here you are one with nature,”Nadia proudly omits.  When enjoying the serene settings at the Burano, nothing else matters.

Some towns have the beach, some have lakes, Cagli has its rivers.