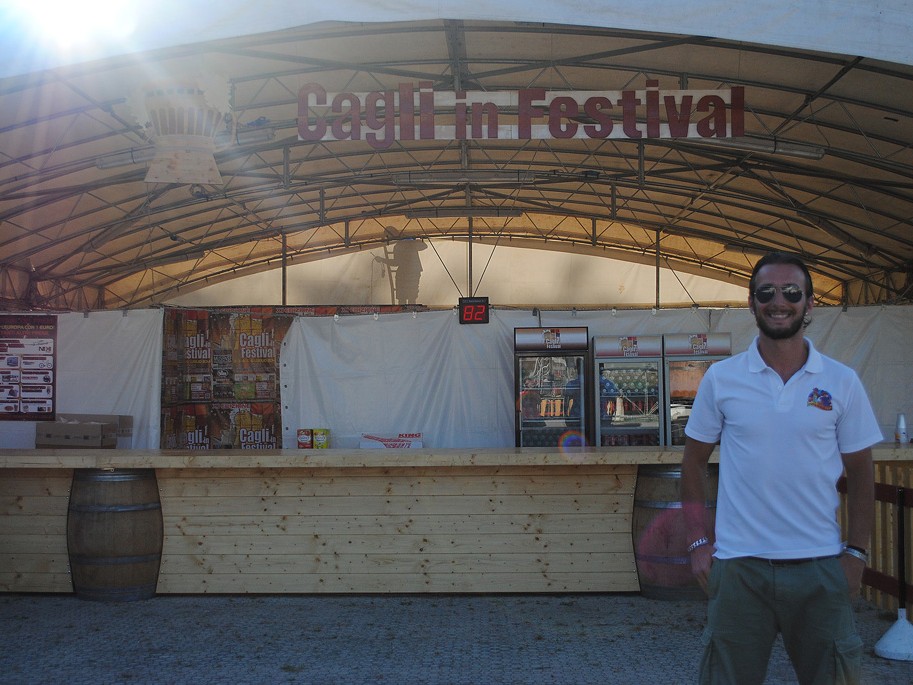 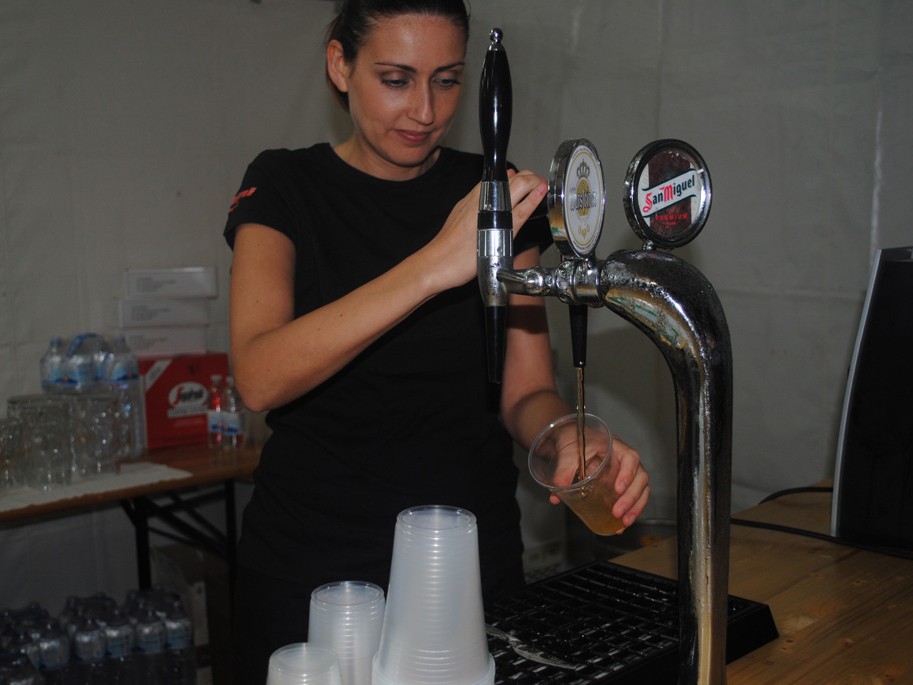 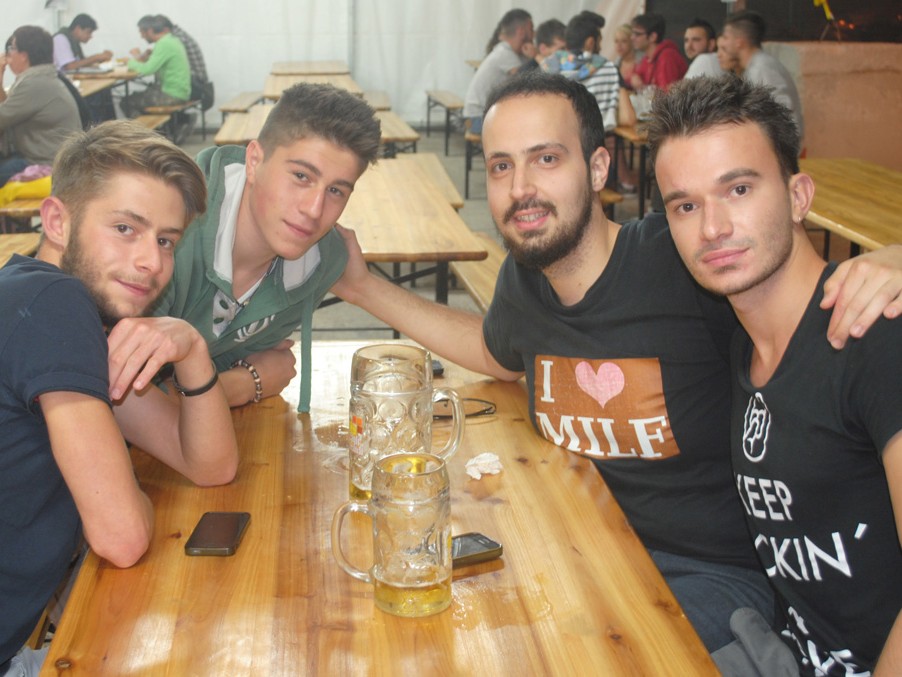 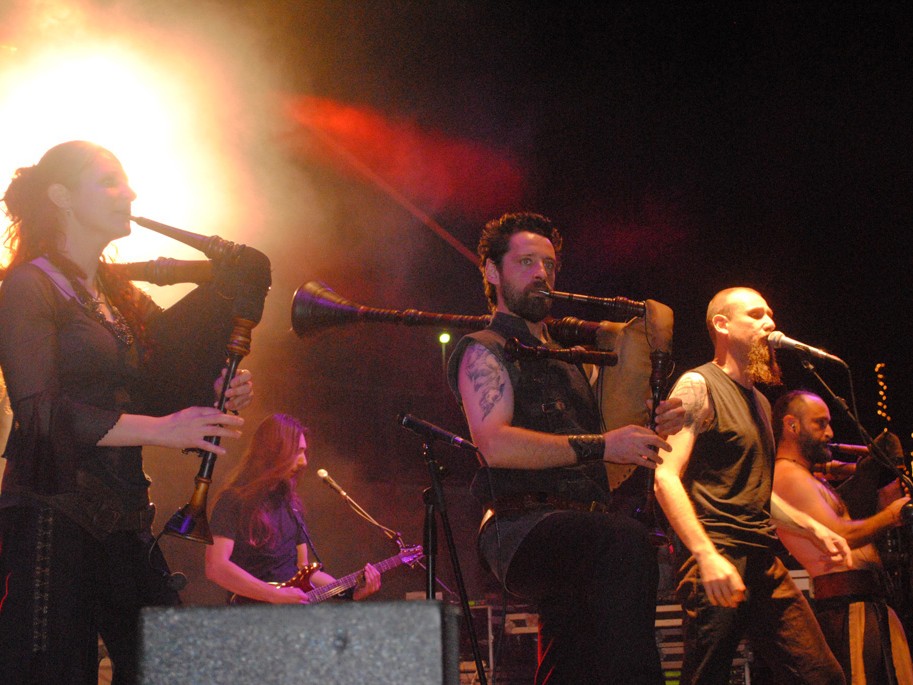 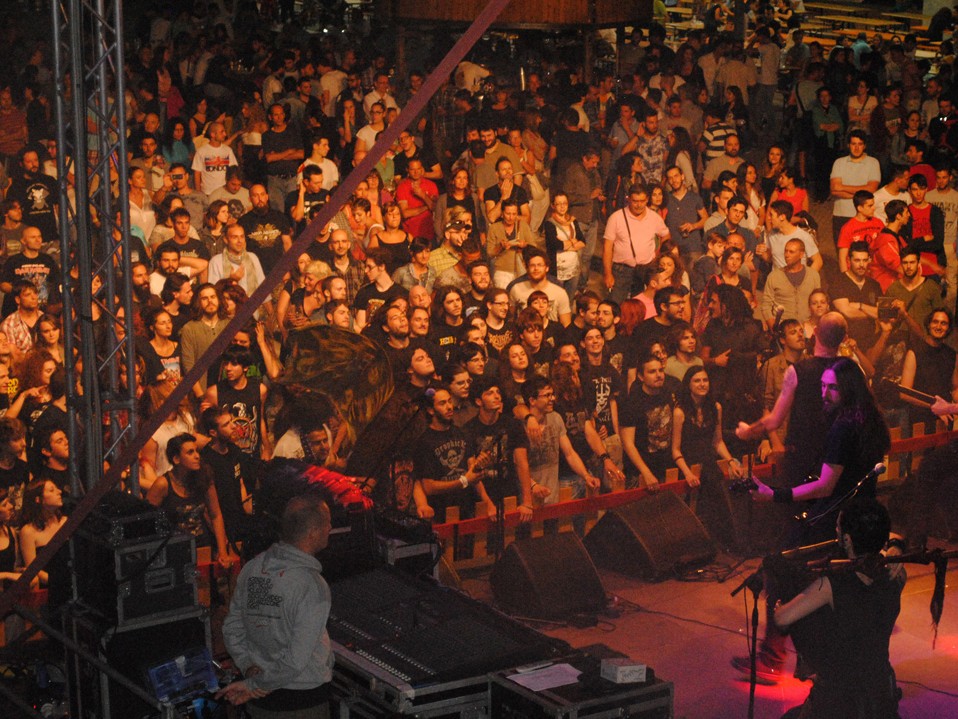 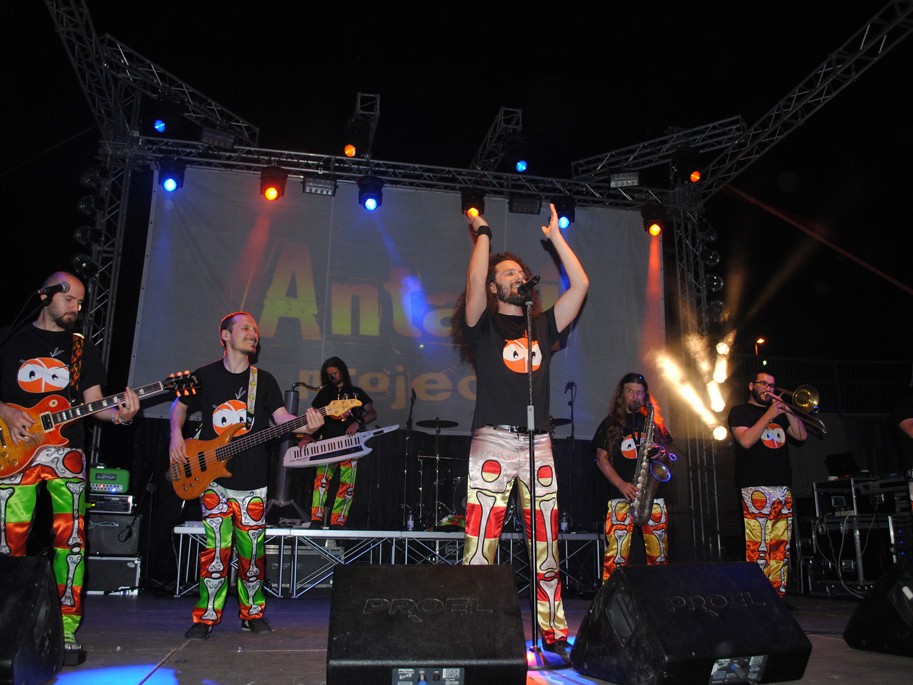 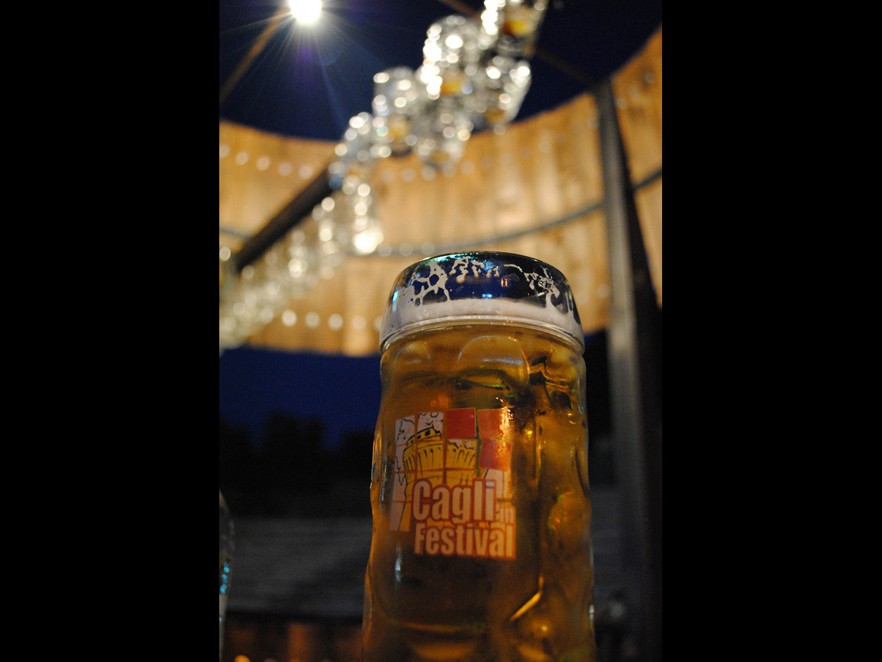 A young man with a spiky mohawk aggressively jumps in the front row, surrounded by a throng of head-bangers. He is centered in the front of the mosh pit. Outfitted in ripped jeans and a worn black t-shirt, he has a large neck tattoo. One hand is in the air banging back and forth to the beat. The other hand tightly grips a large stein of beer.

Welcome to the 11th annual Festival in Cagli, an Italian festival for all.

On any given night of the festival, one can hear the mixed sounds of children’s playful screaming, the chattering of young girls who are peeking at the boys around the corner, the faint accordion music, and the informal “Ciao”s being called out as people enter and exit the festival.

Carnival games light up the night sky, seducing festival-goers with flashing bulbs.  The sound of ringing bells announces the newest winner. Young men gather around a punching bag game that promises to reveal who is the most Herculean of the group.

To outsiders, the festival appears to promote drinking and live music and at first glance, may not appear to be a family and community event. However, that is exactly what Festival in Cagli is.

The festival provides a touch of something for everyone. If stinging rock offends the ears, festival-goers can enjoy German polka. Older, spry dancers twist and turn across the chocolate, symmetrical dance floor.

Patrons can enjoy their food under brightly lit white tents, which cover picnic tables and benches. These benches become more popular throughout the night, as they serve as a place to observe fellow festival-goers.

Festival director Luca Ascani originally created the concept, fashioned after Germany’s Oktoberfest. In the early years of the festival, mostly younger Italians attended for the beer and live music.  Ascani wanted something more for his beloved home town.

“We wanted to be able to involve the whole community on every level,” Ascani explains. “This is why we [now] have bouncy castles, a dance floor for waltzing, and beer.”

The organized floor plan provides ample space for each age group to socialize and take part in all the thrilling festivities.

Beer’s popularity is growing in Italy. Cagli and the Marche region are frontrunners in Italy for beer consumption. Cagli boasts a beer-tasting association; local restaurant Squaqua brews its own beer; and nearby town Apecchio has the first brewery in the province.

There are three different sizes of beer available and a range of choices.

Many attendees choose to buy the medium-sized stein, which has the Festival in Cagli logo printed on the side. The red, white, and yellow logo pays tribute to Cagli, as it has the Rocca Torrione in the background, overflowing with beer.

For those serious about beer drinking, the largest stein holds one liter of beer and weighs roughly five pounds, the equivalent to the weight of a small bag of potatoes. This provides an arm workout for even the most seasoned drinker.

If patrons bring either sized stein back to the festival, they can refill these for a reduced price.

“In Cagli, we like to drink, especially beer,” says resident Marco Valeri. “While I love both, I prefer beer to wine. Beer is for relaxing with friends.”

White or red wines are available at the festival for those averse to beer.

Families from Smirra, Pianello and Scheggia ride busses to the festival. The community event is popular throughout the Marche region.

Although Festival in Cagli has become more about gathering as a community, there are still many who enjoy the event for its original pleasures.

Consistent attendee Andrea Garofoli frankly explains why he is always excited for the yearly festival. “I like beer and I come for the girls.”