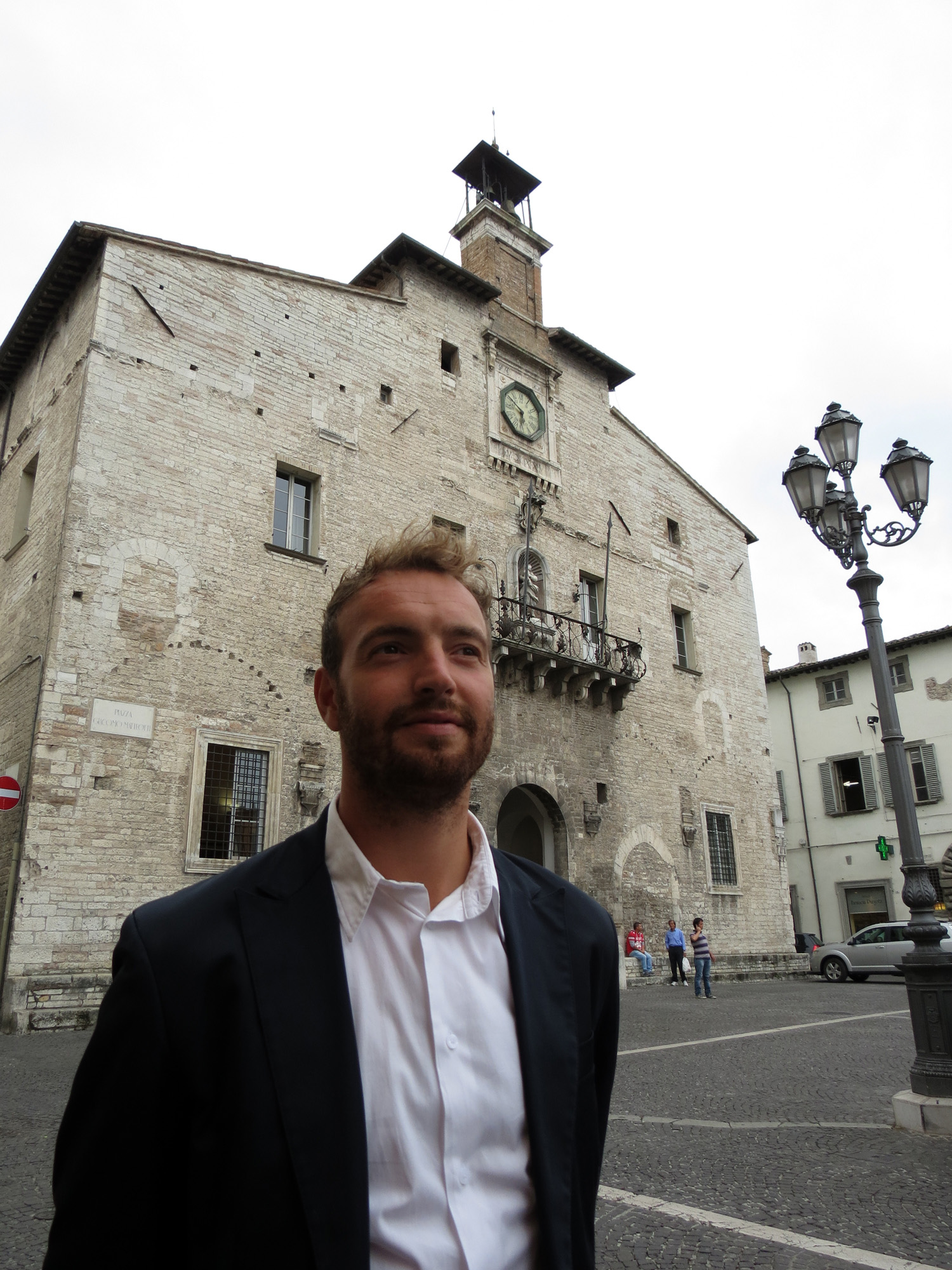 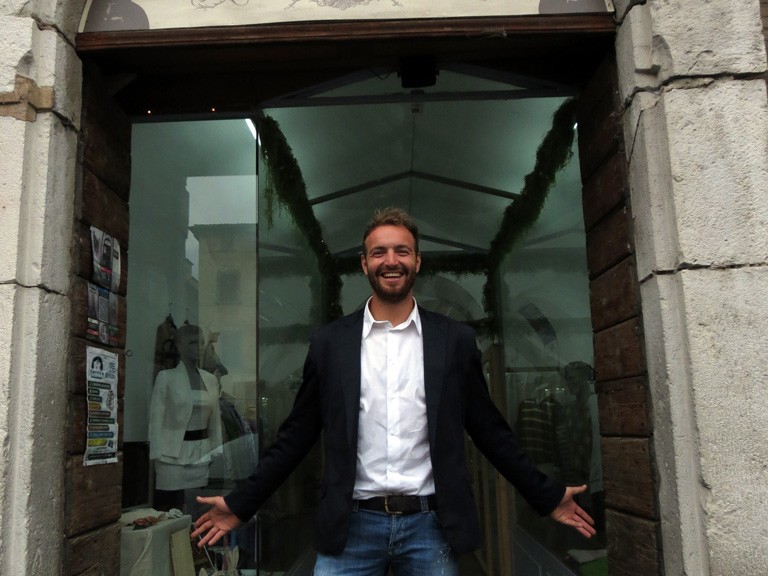 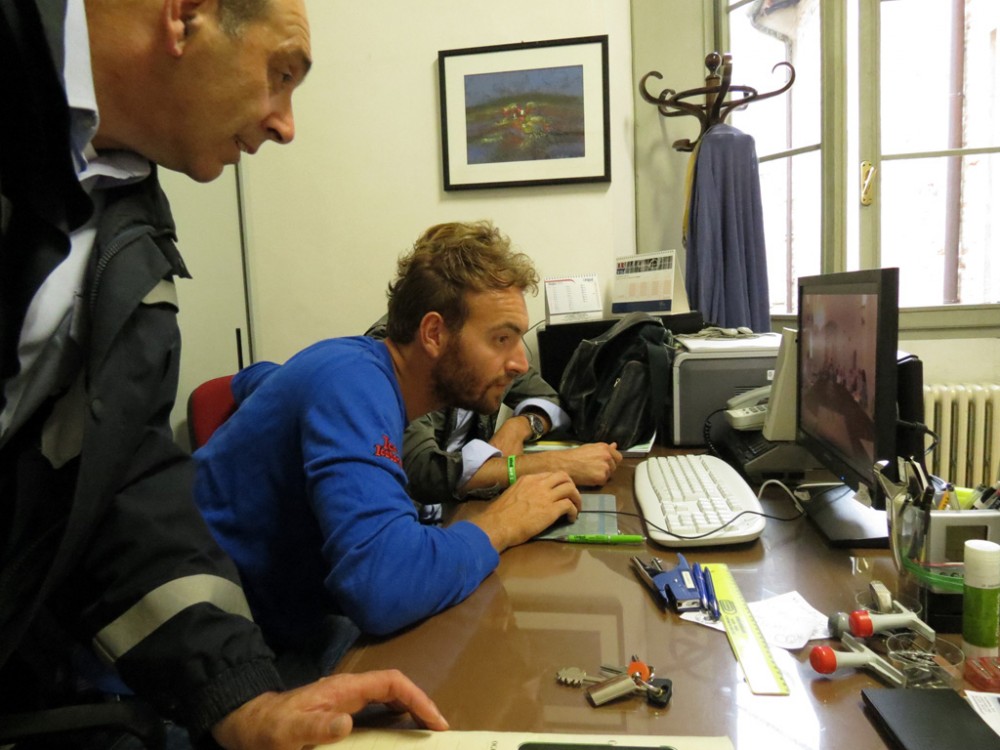 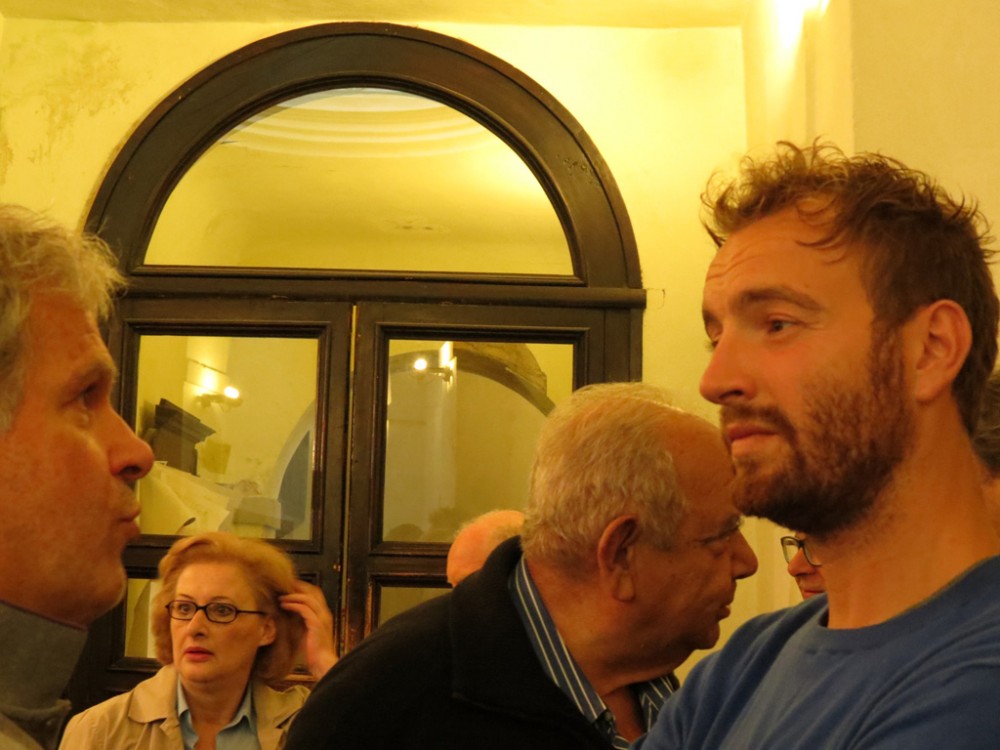 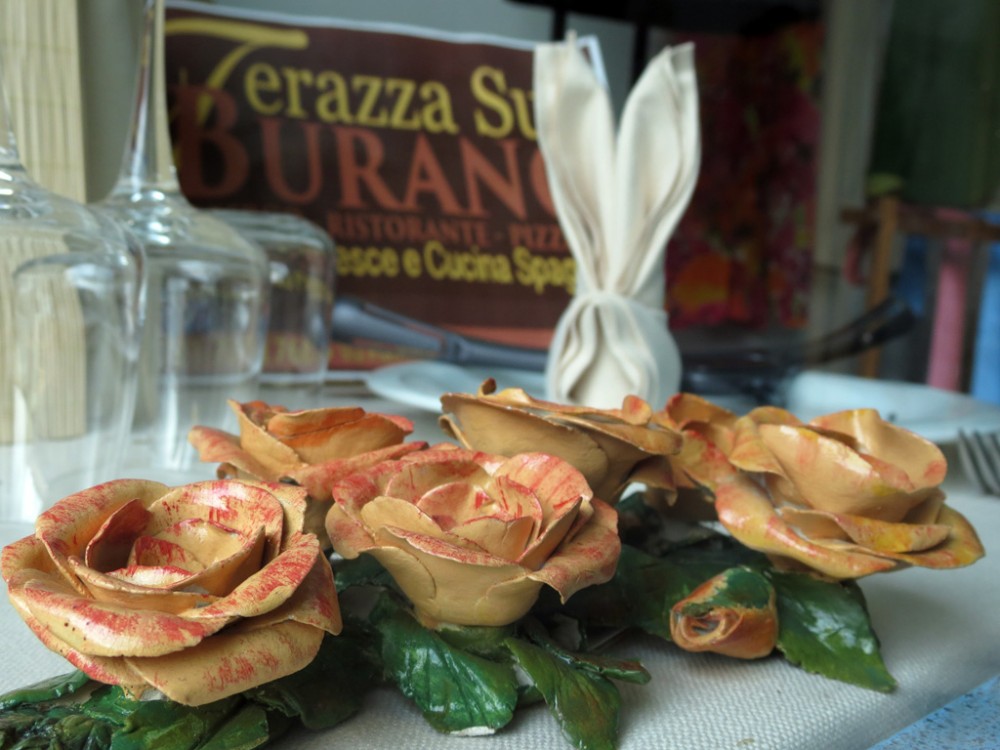 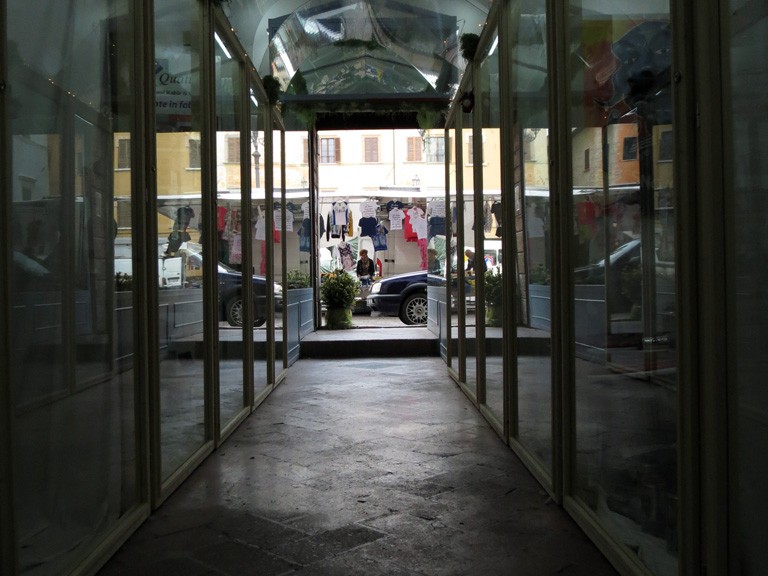 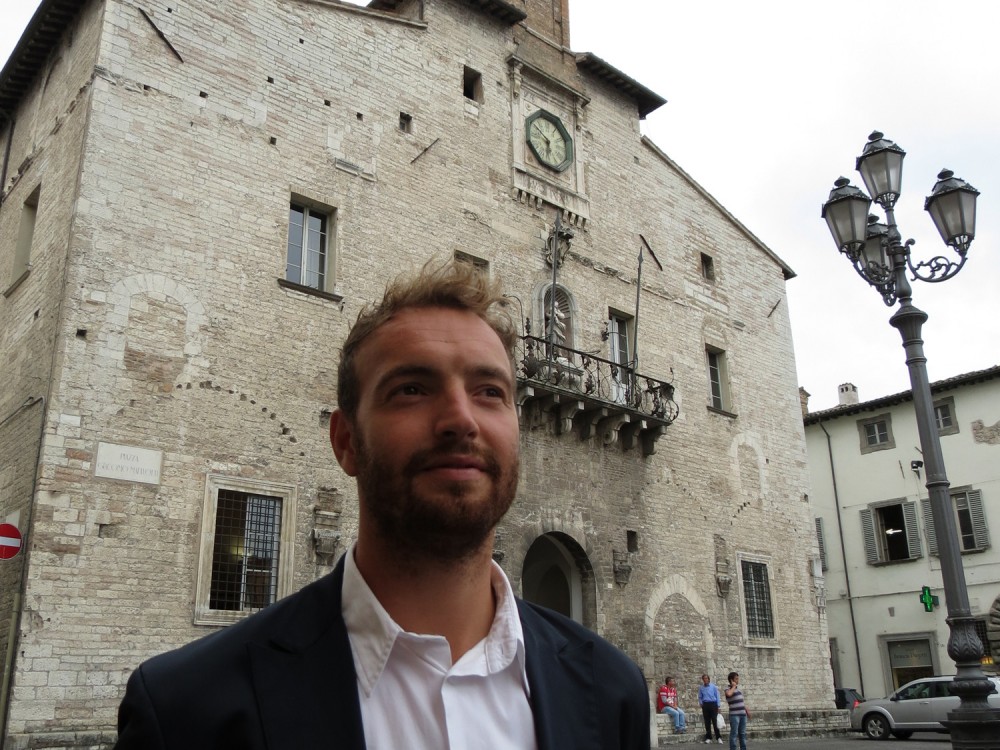 If a statue came to life, it might look like Samuele Buroni. He has fine features, a creamy-peach complexion, a head of honey-colored curls, and a long, lean frame. From the doorway of his shop, Samuele gazes tenderly upon the ancient stone piazza, the heart of a place to which his own belongs.

Samuele was born in Cagli, Italy 30 years ago. He has witnessed the local economy sputter and stall. After studying urban planning in a neighboring town, he worked locally for several years until a sharp recession left him out of work. While many of his contemporaries chose to leave this region and even Italy altogether in search of employment, Samuele stayed, determined to make a life here.

In November of 2012, he and a few remaining out-of-work friends began a co-op performing odd jobs around town. The group provided home restorations, event organizing, gardening, cleaning, even grocery shopping – grateful for any work they could find. Then last December, Samuele’s real estate agent father told him of a clothing store on the piazza that was closing its doors – another loss to the shrinking economy. Samuele took this news as an opportunity to do something novel in Cagli.

The driven young man opened “Una Vetrina in Centro”, or “A Window in the Square”: a space wherein shopkeepers who would otherwise be unable to afford prime piazza exposure can rent small spaces and promote their wares. Within the space’s sturdy walls, these entrepreneurs thoughtfully display advertising, handiwork and merchandise behind individual glass cases. Samuele flashes a warm, content smile as he glances around the shop. Though modest about the venture, his innovation reaches locals and tourists. He has a grand vision for the small town.

Samuele has just been appointed by the newly-elected mayor as a member of city council. He is now responsible for organizing community events such as the annual beer, salami, pipe, and grill festivals. Through events like these, as well as the renowned Palio d’Oca (a medieval festival held every August), he hopes to bolster the showcase of local goods.

Samuele is a forward thinker, a lover of modern technology in a town that has watched centuries rise and fall. As he discusses his plan for wi-fi in the piazza, his face brightens, and a broad smile etches lines along dark, sincere eyes. “It’s not that the people here do not like technology,” he says as his fingers tap dance across the screen of his beloved iPhone, “it is that they do not know it.” Soon they will.

On the evening of the mayor’s first official meeting at city hall, Samuele arrives early to set up chairs for community spectators. He carefully adjusts a camera-topped tripod, and peers at the image on a tiny LED screen. The image is the stand of chairs soon to be occupied by new Cagliesi officials set against the bold colors of the Italian flag hanging proudly from above. Samuele is enabling the meeting to be streamed live online for the first time ever.

He darts into an adjacent room to finalize settings on a large computer. It only takes a moment. As citizens begin to trickle through the grand stone doorway, Samuele is enveloped in warm embraces and eager conversations. He lowers his head toward a middle-aged woman addressing him with flying hands. An elderly man shuffles toward him, and Samuel’s furrowed brow dissolves into a wide grin as he extends a strong arm around the man’s shoulder.

This meeting is a starting point, the beginning of what Samuele hopes will be an era of growth and renewal for the city of his birth. “My first goal is to increase citizen participation and unify the community,” he says. Samuele also wants to see tourism blossom in Cagli, and capitalize on the city’s stunning scenery, architecture, history and culture. He plans to create more walking trails in the surrounding Apennine Mountains, reopen a cinema, host food and church tours and promote performances in Cagli’s exquisite 19th century theater.

And his dreams have legs. An avid soccer player himself, Samuele has helped establish camps for local children to teach them soccer, art, horseback riding and gardening. Through these small steps, he intends to “create a path the children will stay on”. “I want to introduce youngsters to the culture and traditions of Cagli so they will protect and share this place throughout their lives,” he says.