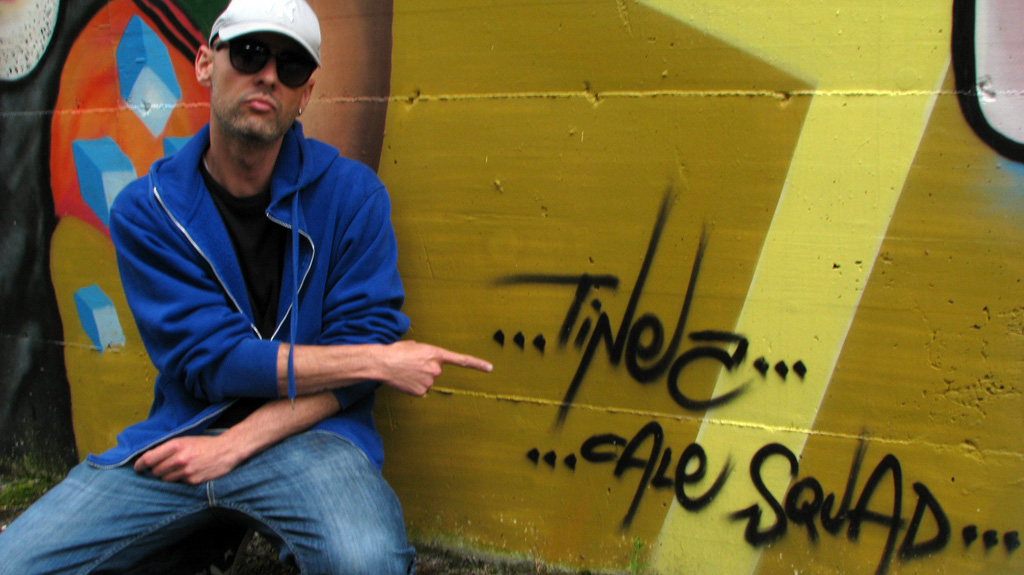 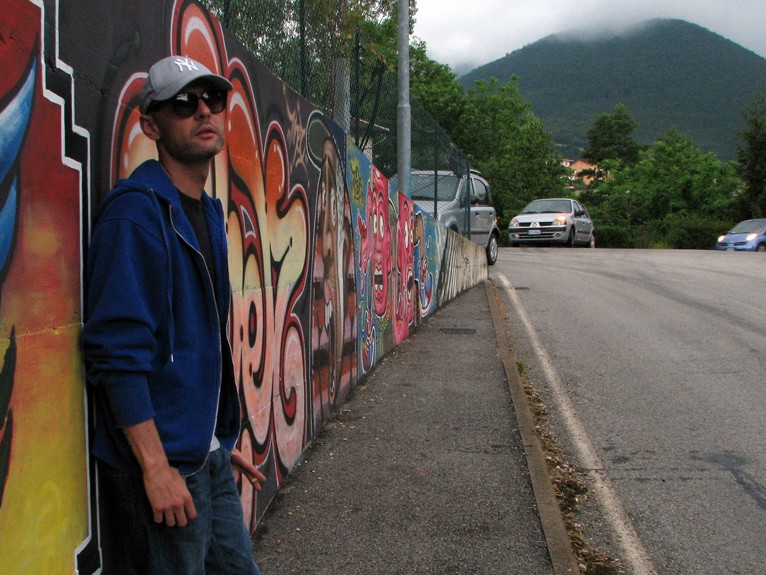 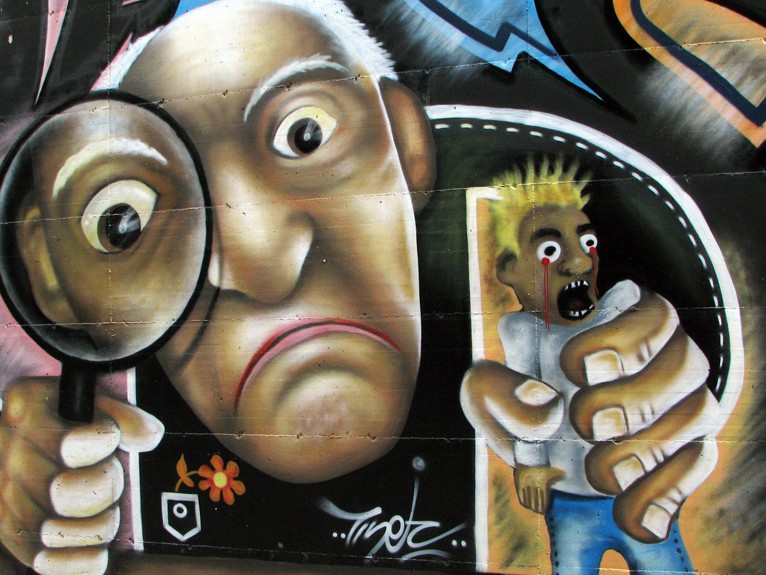 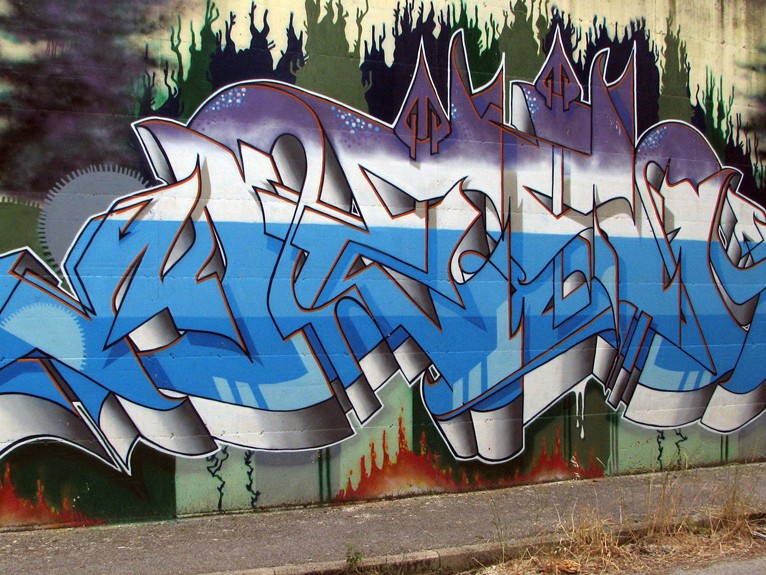 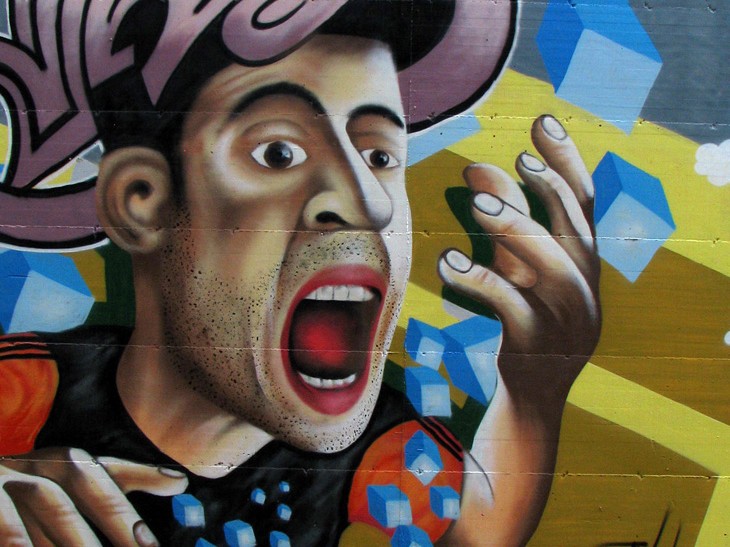 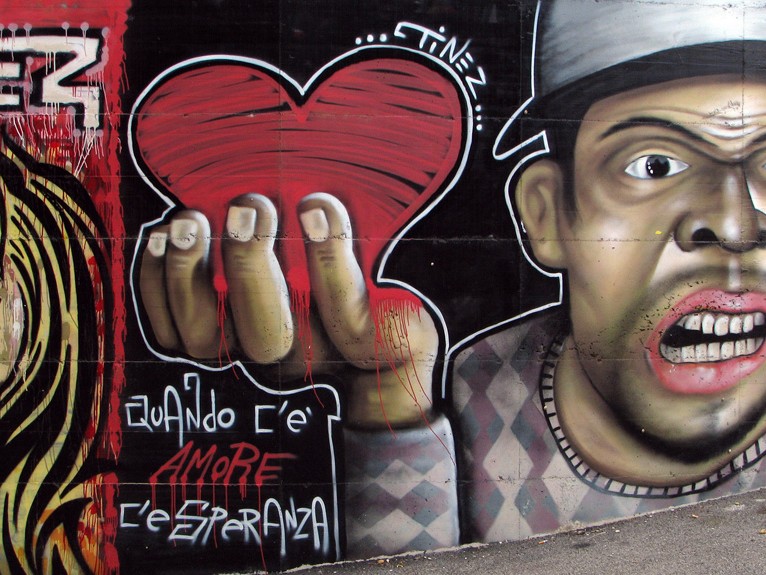 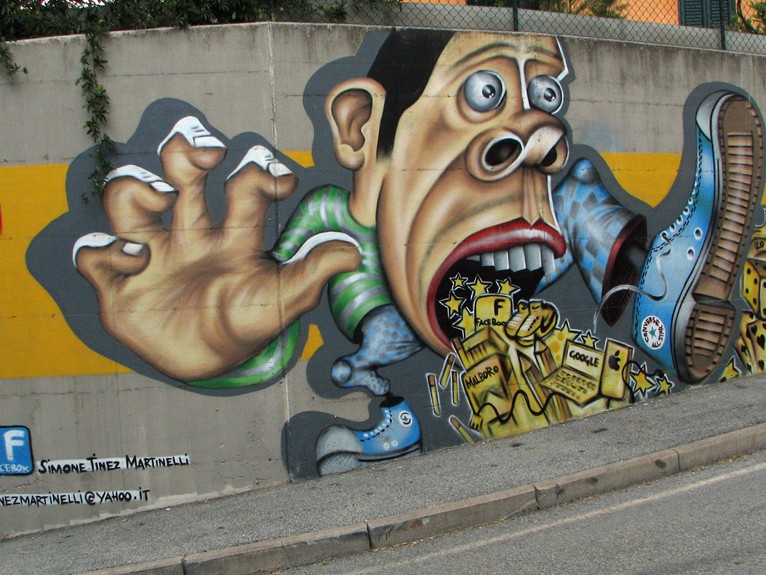 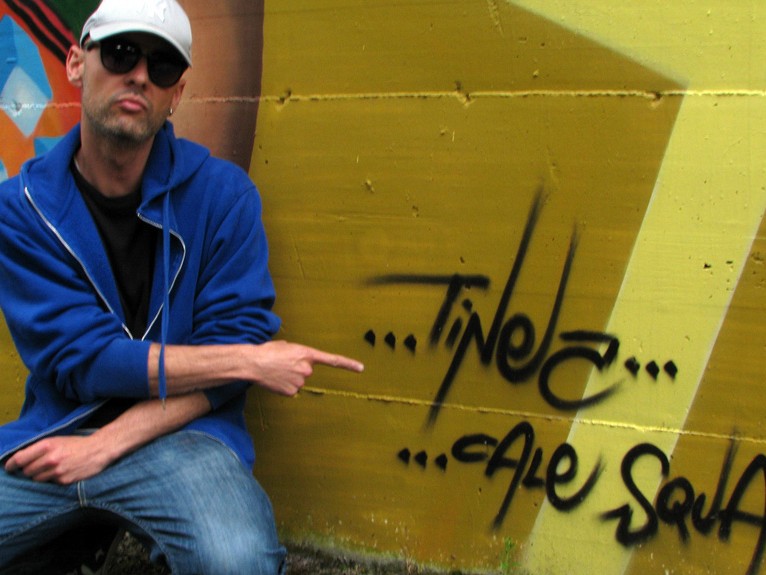 As the town bells announce the half hour, a lanky young man walks into the piazza of Cagli, Italy.  Simone “Tinez” Martinelli moves stealthily, his eyes concealed behind dark Ray Ban aviators and his head under a grey NY Yankees baseball cap. “What I do used to be very, very illegal,” he admits while furtively scanning the busy town square where locals sip coffee, eat gelato and visit with one other.

Tinez is a local-born graffiti artist who started street painting as a teenager.  In the early 1990’s, hip-hop and skateboarding dominated his days.  While graffiti was an extension of the hip-hop culture in Italy, it was not necessarily the kind of art appreciated by the locals.  “Up until a couple of years ago, people just saw my work as garbage on the wall,” Tinez discloses while sitting uncomfortably in a café chair, as though the electrical current of his energy will dim if he sits too long.

Public perception of his work didn’t stop Tinez from refining his technique through formal education.  He spent time studying at the Istituto Statale d’Arte in Catania in the late 1990’s.  Two decades later, experimentation with spray can painting has distilled Tinez’s style into a potent art form.

Though once regarded suspiciously as a street artist, Tinez’s work has now gained some official legitimacy.  He obtained permission from the city to create a mural in New Cagli, a project he entirely self-funded.  Some of the mural was planned out, but much of it Tinez improvised on the spot.  “People always ask me why I do what I do,” he says.  “I’m just pushed to do it.  I saw the wall as a blank canvas, a way to influence people.”

Today, one of the older Cagliese residents contemplates Tinez’s neighborhood mural.  “It’s interesting. It’s strong,” he says while focusing hard on the images in front of him.  His eyes move between two paintings—a very large adult on a very small bicycle, to a portrait of a toddler with a spray paint can.   “I don’t like it so much, but it’s interesting.”

Tinez’s art has also attracted attention outside of Italy.  One piece from the mural in New Cagli focuses on the technological age, and has been featured on numerous European graffiti websites.

Tinez also takes his art on the road.  He spent 20 days riding his motorbike through France, Spain, and Morocco.  He travelled with a few changes of clothes and a lot of spray paint.  “I had to keep a low profile when painting,” Tinez explains. “You don’t want to end up in a Moroccan jail.”

More recently, Tinez was approached about displaying some of his work in a small portion of a shared shop in Cagli’s main piazza.  “I didn’t imagine that ever happening,” he explains, his jet black eyes widening slightly.  “It’s good that people can see it.”

Bold colors and strong social ideas mark his work.  One mural painted on the wall of a local ball court depicts a pile of skulls with the words “Amen” on top.  In the middle of the New Cagli mural, Tinez painted a man holding a bleeding heart, with the caption “When there’s love, there’s hope.”

Tinez recognizes the redemptive value of art on society and has added his unique style to the mix.  “It’s a tough time,” says Tinez. “There are no jobs. Art is something that keeps people good, helps them get by.  I hope I’m helping people with what I do.”