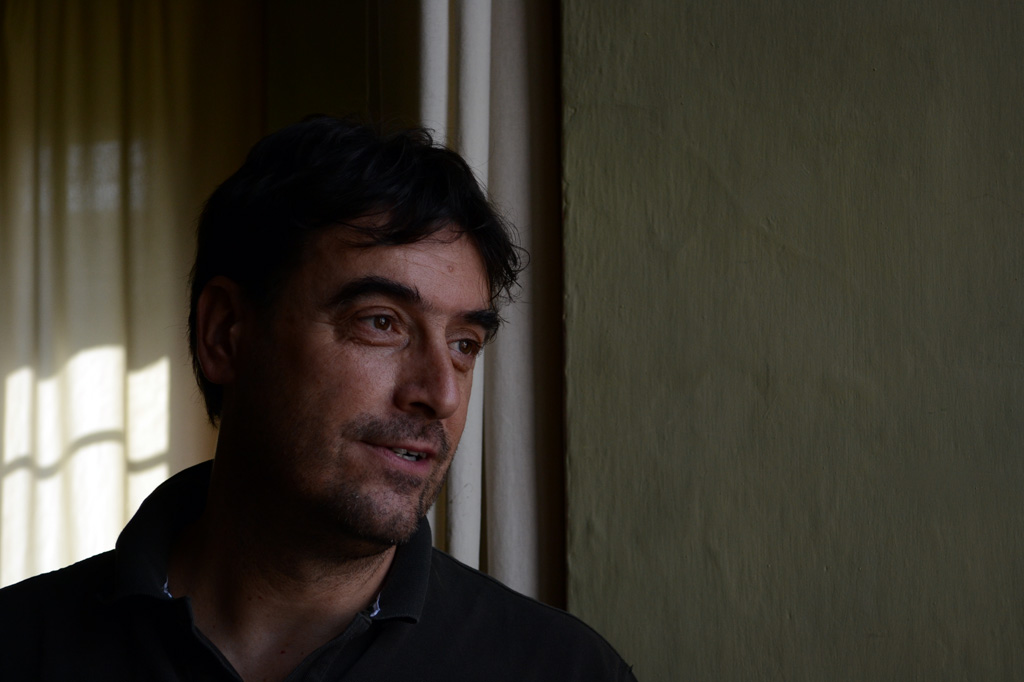 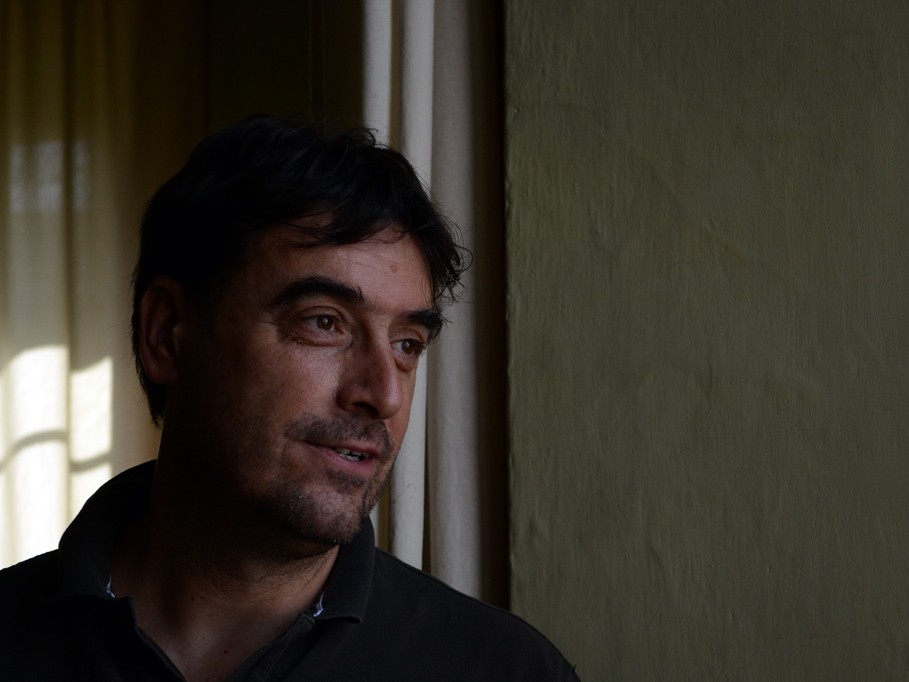 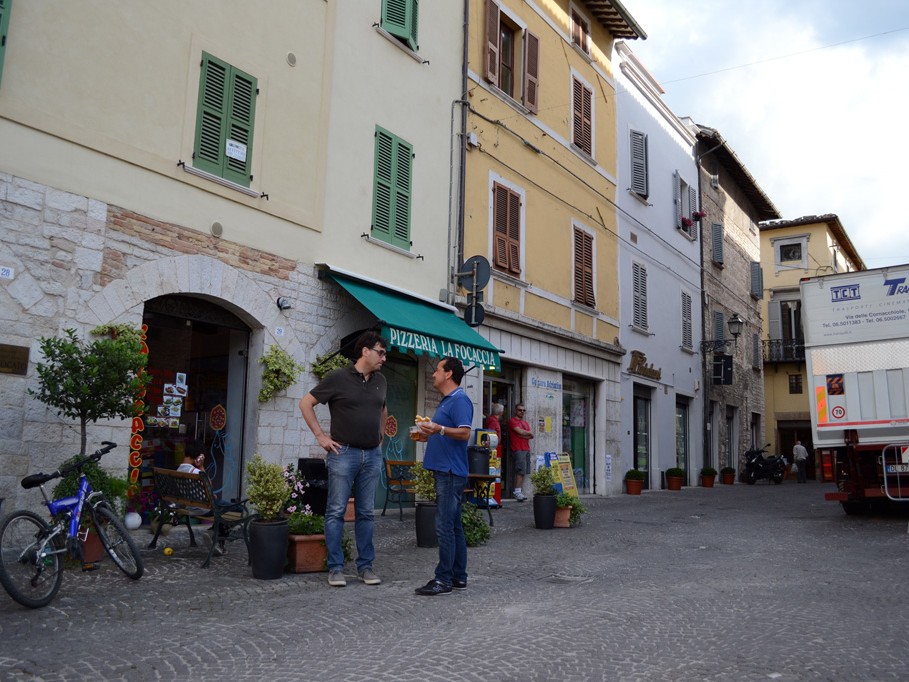 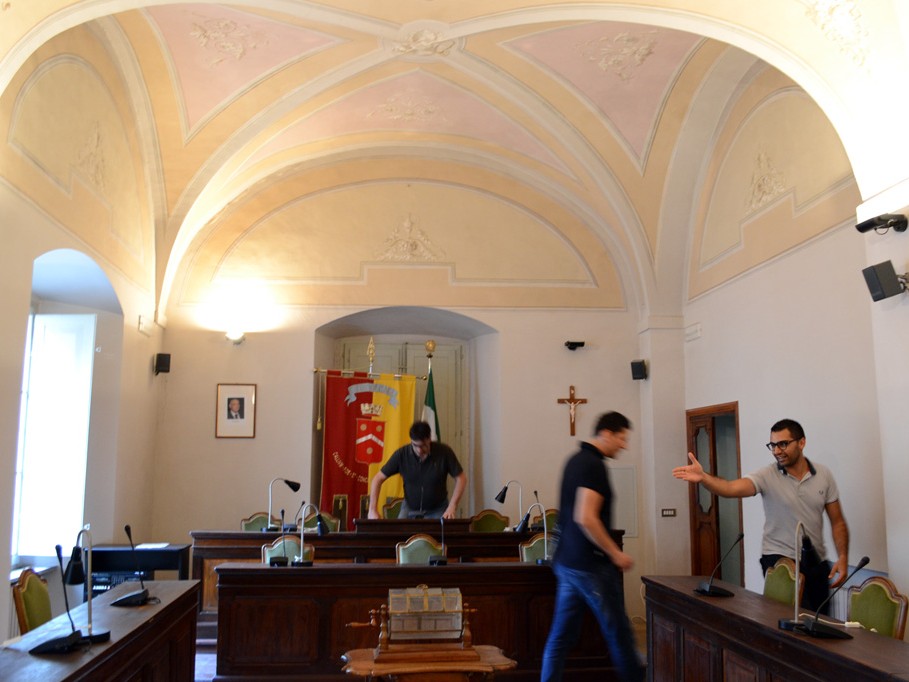 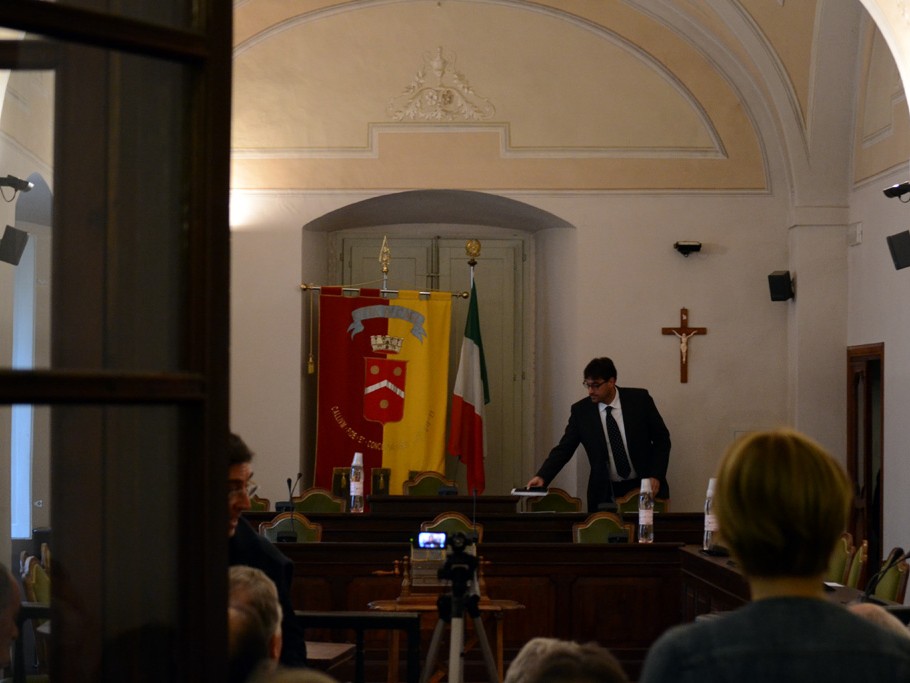 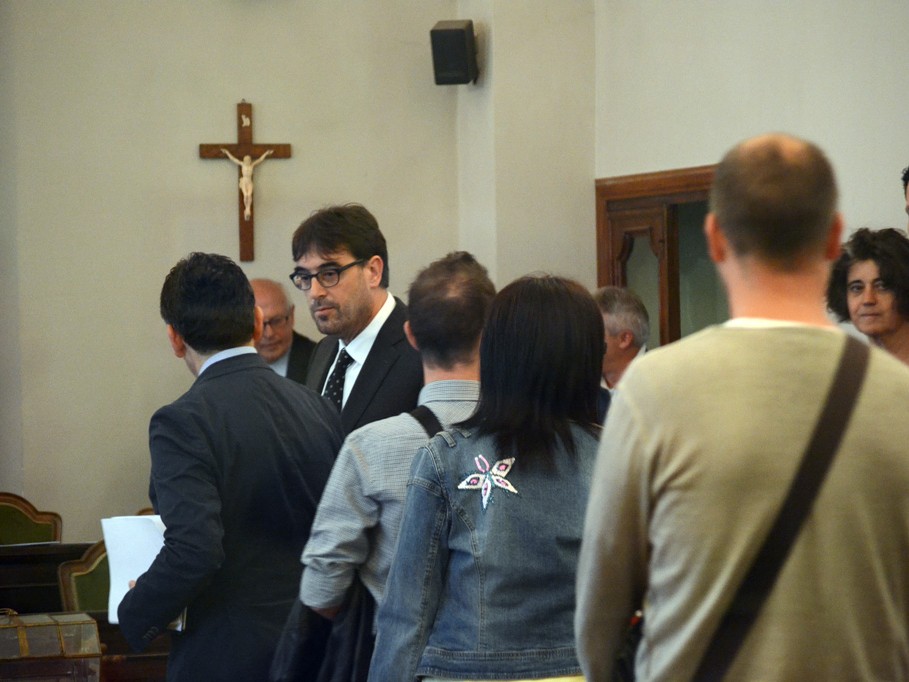 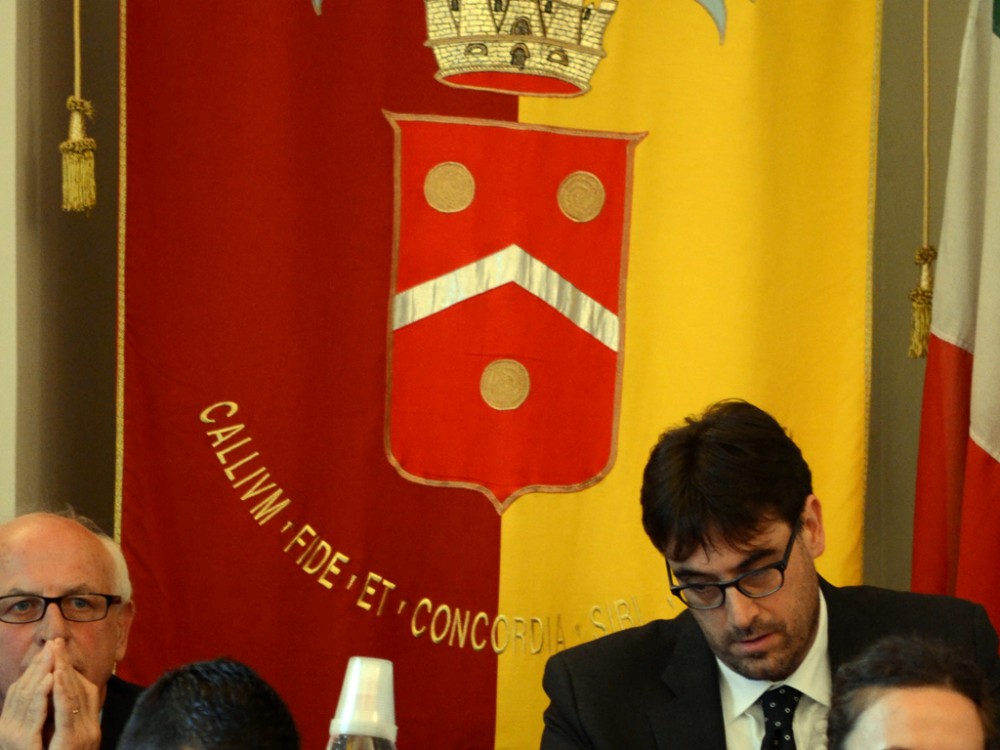 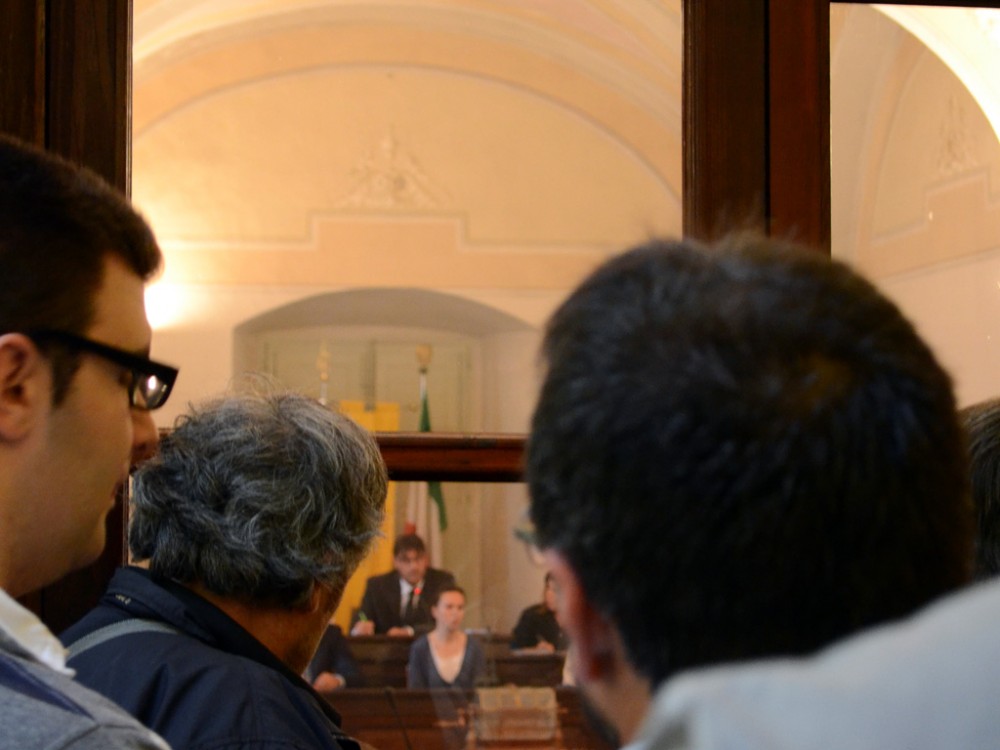 Alberto Alessandri runs his fingers through his short, disheveled, brown hair and surveys the main piazza in Cagli, Italy. While not officially the mayor yet, he is already taking on the role by mediating between two parties on the issue of when to open the piazza to car traffic. “I want to bring people closer to politics,” he explains. “I want to speak and listen. I want to make the office and myself accessible to the people.”

After addressing the local traffic issue, Alessandri pauses and ascends the centuries-old steps that lead to the mayor’s office in city hall. Currently being used for filming a movie, the office is in a state of disarray with ladders, rearranged furniture, and stacks of papers scattered about. Alessandri navigates it like a maze. Two weeks ago he was elected to office, replacing a mayor who had occupied the seat for 5 years. Alessandri will assume his role in two days. He looks at the disarray of city hall, removes his glasses, rubs the bridge of his nose, and visually absorbs his future. He exhales a breath of anxiety and inhales enthusiasm. Life is about to change.

While this role may be new for him, his commitment to Cagli is not. Alessandri’s roots are deep and strong within this unique city in the Marche region of Italy. He describes a street in town that is named after his uncle, as well as his grandfather, who fought for Italy’s freedom during World War II. Alessandri details where he comes from, who he is, and his vision for Cagli. Like a tree fortified in the mountains around his home, he sees strength in the town’s roots and potential in its branches growing into the future.

Alessandri’s own true growth began 17 years ago when he married his wife. He explains that this was when his own goals shifted. “The way I interacted with people changed,” he says. “I only thought about myself before the wedding.” He describes a love for his children and a desire to make the future better. His passion is not limited to politics, as he also appreciates music and basketball. For 27 years, he has been involved with basketball in the region as both player and coach. He coaches teenagers who have won four championships in a row in Le Marche.

It is 8:30 a.m. on Alessandri’s inaugural day in office and the day greets him with a cool, persistent rain. The swift clicks of his heels strike the wet pavement as he walks toward the town’s bus station. After addressing a group of visitors, he moves inside a warm cafe to meet a fellow Cagliesi. He says hello to the patrons inside, sits down, leans back, and enjoys a cup of coffee.

Evening arrives; the rain lightens. Cagliesi begin to stream into city hall for Alessandri’s inaugural town hall meeting. Anticipating a crowd, a city official busily adds chairs to the wide hallway outside the meeting space. Within minutes, all chairs are occupied with town citizens and one dog. It is standing room only. Alessandri pops his head through the back door of the town hall meeting and flashes a timid, excited smile. He enters the room and greets town council members with an energetic hug and handshake. The day is here. The moment has arrived. Alessandri is thankful for the opportunity to speak and listen. As he explains, “I am totally in love with Cagli,” and he now has the chance to show it.

He is not only thankful to the people who elected him, but to his family who nurtured him, guided him, loved him, and led him to this day. He has not forgotten his roots and gives praise, love, and appreciation to those that made this day possible. His first action when the election results were published was not to celebrate with others, but to give thanks to his parents in person and in spirit. “All they have done has made me the way that I am,” Alessandri says, “and all I can hope for is that they are proud of me.”