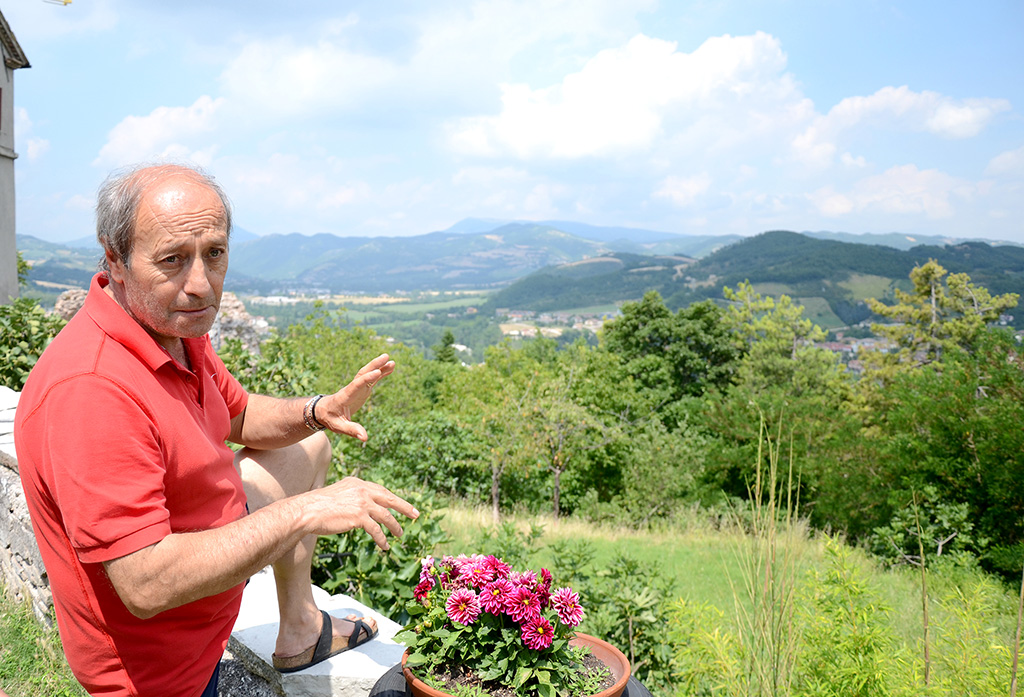 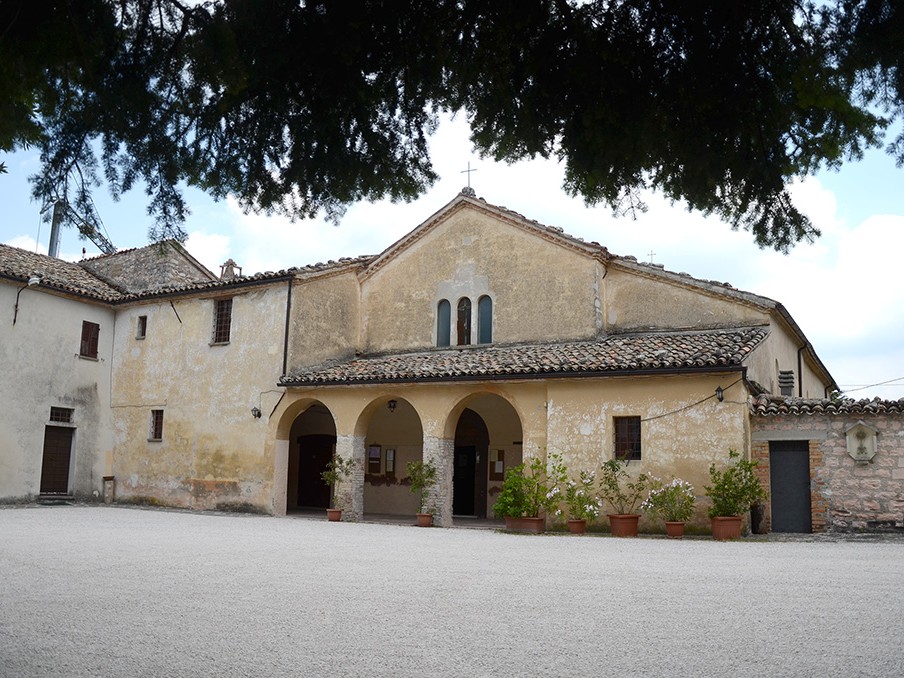 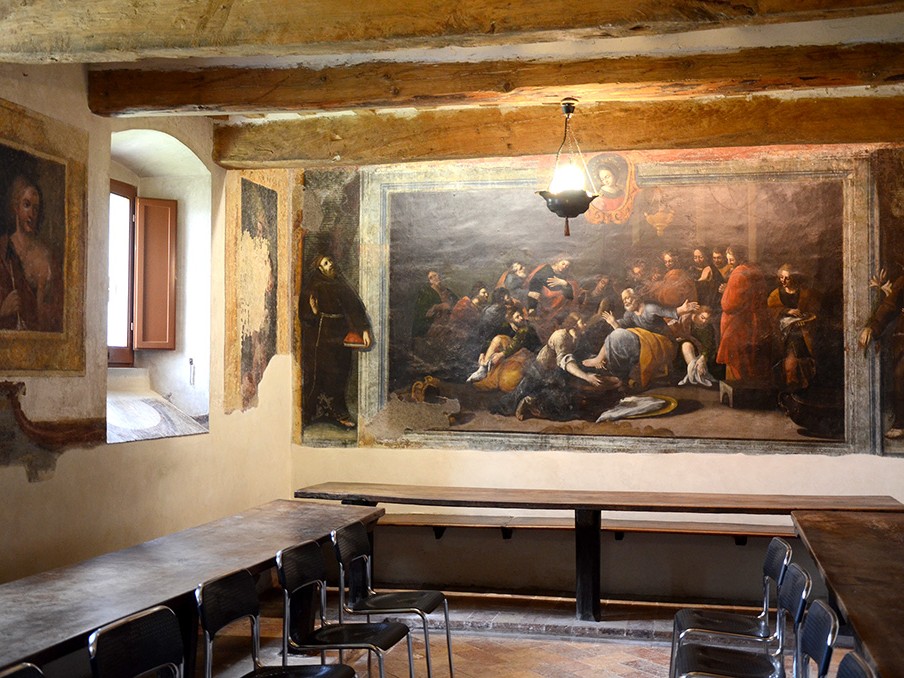 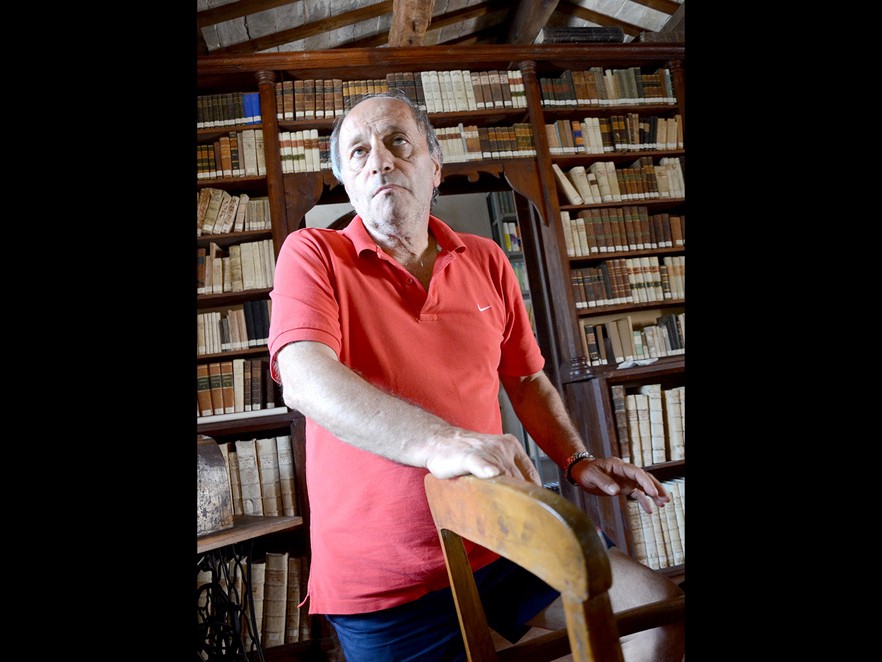 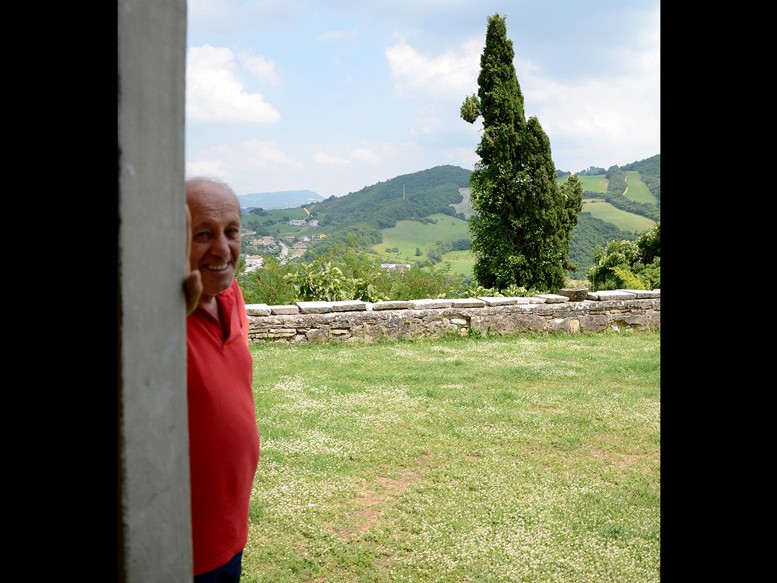 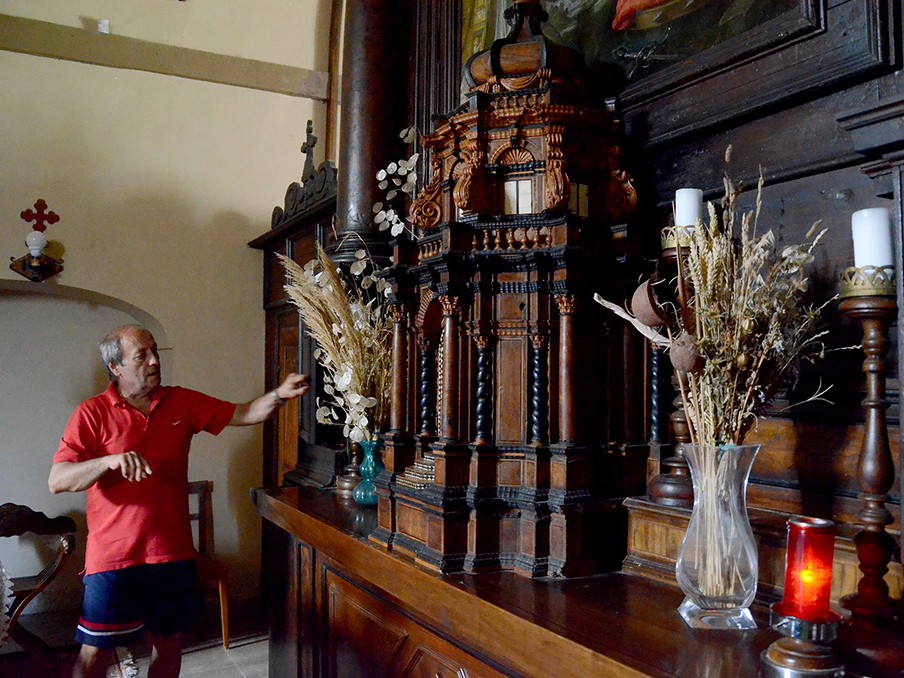 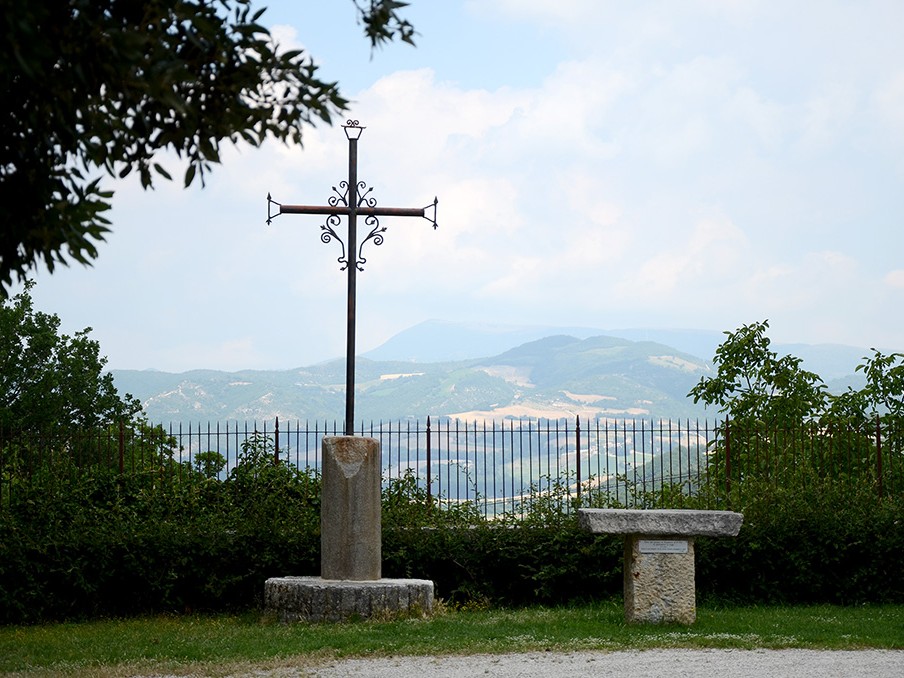 A long, winding road snakes around a hill nestled outside old Cagli. Atop the short mountain sits the second-oldest monastery in Le Marche.

Since 1550, it was home to i Cappuccini a Cagli, or monks of the Order of St. Francis, but now, only Fabio Fantoni calls the walled property home.

Fantoni has been caretaker for the monastery for nearly three decades.  He watched it transform from a beacon of the Franciscan order to a place where few come for the view of old Cagli amid picturesque mountains. But, even fewer come to worship.

“This was a masterpiece that was used to copy other monasteries in the region,” Fantoni says. “Now, there are just a few old Cagliesi who still come here to pray.”

From the monastery’s inception in the 16th century, the Franciscan order was removed from the town. Rainwater traveling through curved spouts to a cistern and a lush garden that once provided ripe berries and cool tomatoes allowed members of the order to be self-sufficient. Fantoni says the order also cultivated bees for honey and chickens for eggs. But, as the monastery’s numbers decreased over time, a result of consolidation, their independence diminished and the monks became an integral part of the community.

“They tried to integrate more in recent years,” Fantoni said. “The town took them in and treated them like they were family.”

Marina Sanguinetti, a university student in the nearby town Urbino, remembers the monastery’s integration and its impact during her younger years. She recalls the monks traveling down the gravel road along the front wall that seemed to direct them home as its point came to their front door, past her home on the corner, to reach Cagli. Members of the Order always had a kind word for those they met.

“It was a nice atmosphere,” Sanguinetti said. “There were all like grandfathers to me.”

Marina’s mother, Catherina remembers even farther back to a time when the monks descended the twisting road to Cagli to visit the sick in the hospital and hear confessionals.

“They had a very big presence in the city as a ministry,” Catherina said. “They helped run two parishes in town and the people really took them in.”

Fantoni still welcomes pilgrims on their way to Rome. The front of the monastery displays a high-arching roof to provide cover from the elements, while a yellow concrete bench outside a door signed with the words “Pace e Bene” — or “Peace and Good” — gives travelers a place to lay their heads.

Today, only the cathedral remains open to the public. The house of prayer contains one of only two solid ivory and amber tabernacles — once used to house the body and blood of Christ — remaining in Italy. The baroque-style piece is traced back to an anonymous 17th century cabinet-maker. The base connects pillars to a gold-ordinated top mounted with a simple amber cross. The tabernacle contains a secret latch on its side that monks opened during services.

Just behind the altar, beyond a brick-and-mortar wall is a portrait of San Geronzio — the patron saint of Cagli — offering the town to God for protection. The centerpiece art is tucked away where public eyes rarely gaze. But, Fantoni has no problem opening the short, heavy oak door to allow visitors see the masterpieces etched in the walls throughout the monastery.

A combination of mustiness and history greets those entering the monastery library, housed deep in the center of the compound. The books, Fantoni said, date back to the origin of the monastery, but some original handwritten masterpieces have been recalled to other monasteries in Italy. Now, books of law, art, and religion fill the wooden shelves bowed due to the weight of the lambskin-covered materials.

Now, all the treasures housed behind the sun-tanned exterior have collected dust, as Fantoni is the only person to enjoy them on a regular basis. The thought brings a tear down Catherina’s face as she remembers the time when the monks of the Order were embraced by the town and grew to depend on them for spiritual guidance.

“It goes back centuries,” said Catherina, who lives just down the gravel path to the monastery. “It was like losing a limb when they were gone.”

Fantoni enjoys the solitude, but ventures into town daily to visit with friends and pick up groceries. With just him, it is next to impossible to make the soil produce the volumes of berries, greens, and other colorful edibles it once produced for the Order.

“I used to work the garden, but I just don’t anymore,” Fantoni said. “I’m just too old I guess.”