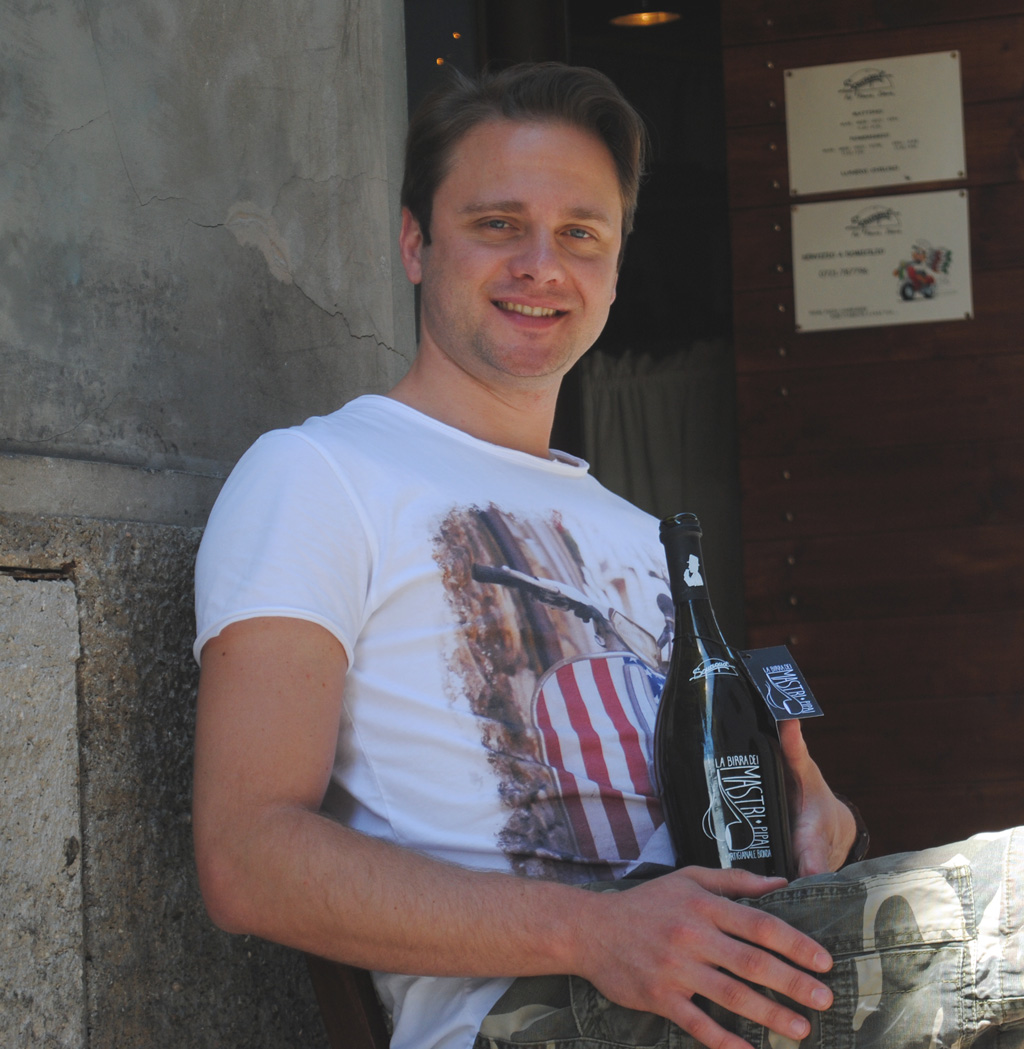 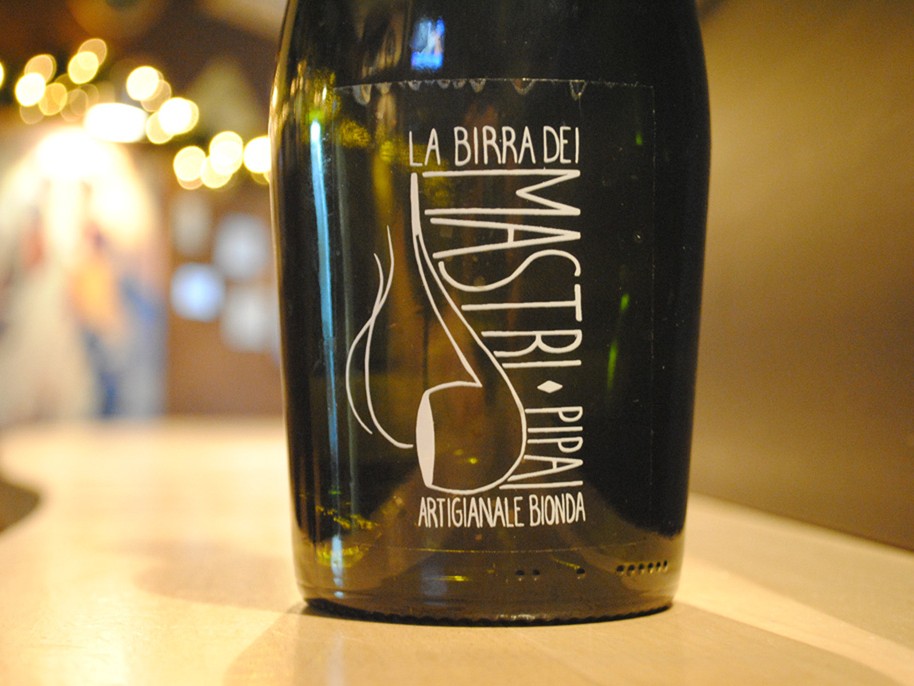 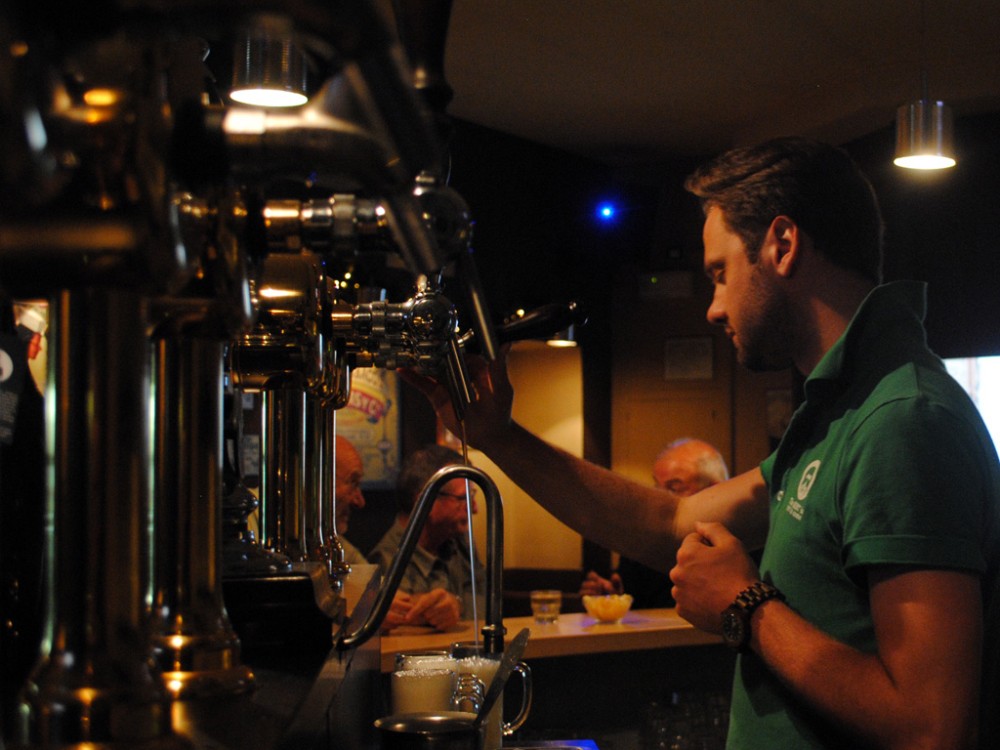 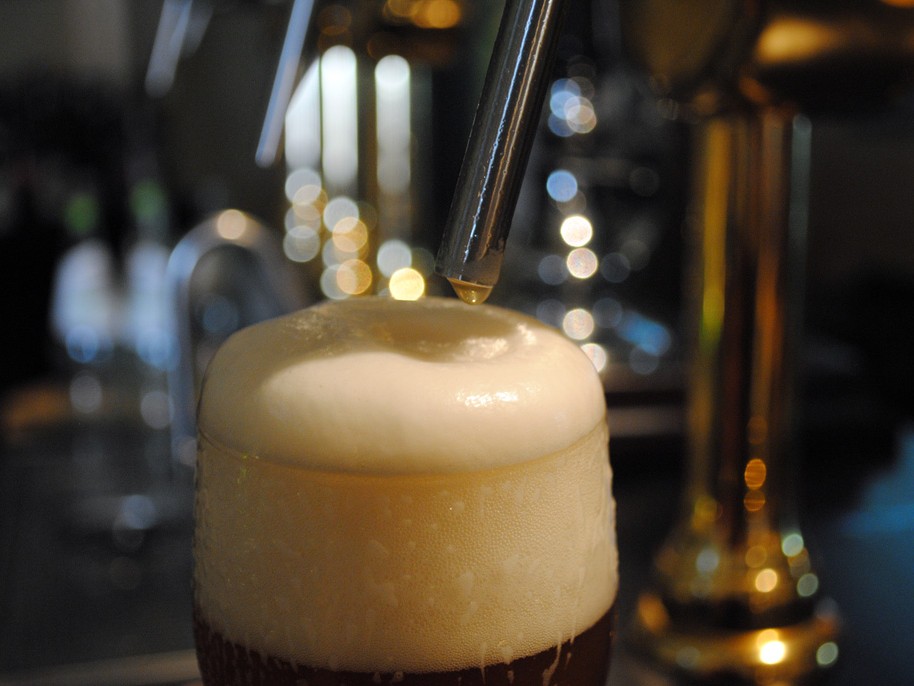 The low-lit bar is filled with a perfect balance of dark and light wood furniture and the walls are covered with framed portraits that replicate the American bar culture of the 1950’s. Beer and spirit signs fill in all of the little empty spaces on the wall to complete the pub-like theme. Every shelf space holds beer bottles from around the world. The atmosphere is a warm welcoming “Buongiorno!”. Mauro Antonacci glides out from behind the bar with a menu in one hand and an open gesture in the other, all with a handsome smile and eagerness to serve. The aromas of barley and hops with a hint of burgers on the grill fill the air as Mauro unveils his new creation, a beer specifically for an elite group of slow smokers that partake in traditional pipa (pipe) smoking challenges around the world.

A little over four years ago, Mauro and his fiancé Camilla took over the Squaqua’ bar and pub in Cagli, Italy. Being a younger couple looking to support diversity in their town, they wanted to create an atmosphere that could be shared by all ages and generations. Mauro enthusiastically recounts that in the 1990’s, Italy only had 10-15 beer breweries in the entire country, whereas today there are over 400 breweries competing to gain recognition for the best beer. With a big smile on his face, eyes filled with brightness, and excitement in his speech, Mauro talks about his unique approach for providing a quality beer to a special group of individuals. This special beer will be for those individuals who enjoy the pleasures of slow smoking, or smoking with a pipe or cigar. The creation of Squaqua’- Mastri Pipai was created to honor the pastime of ‘slow smoking’ through a group called the Pipa Club Italia. Mauro’s eagerness to tell his story shows in every hand gesture, smile, and body movement, as if nothing else around him matters.

Mauro begins to prep the bar for the evening crowd. He snatches a broom and tells someone in the back to get mop water ready. While Mauro is sashaying from the back to the front of the bar, his mop floating across the floor, he pauses for a quick moment to focus his attention on one very important thought brewing in his mind. “We have created a synergy between beer and slow smoking,” he says of Squaqua – Mastri Pipai.

A few months ago, Mauro decided to collaborate with a family member and professional chef in Italy. The goal was to create the perfect beer to complement the experience of indulging in tobacco. Unlike standard beer production that takes approximately 2 months to produce, Squaqua – Mastri Pipai takes 6 months. Currently, Mauro uses a production facility in the nearby town of Apecchio. His ultimate goal is to bring the first brewery production facility into Cagli. He loves his community and would like nothing more than to make the Cagliesi proud of producing a product loved by so many around the world. Mauro’s idea of having a brewery in town could potentially bring more stable jobs for local citizens.

As friends of Mauro begin to flood the bar, they all ask for a glass of Squaqua’. He shakes his head in discontent as he explains that he is currently out, but not to fear, there will be some within the next few days. His friends tease him about being a big shot and making a soon-to-be-famous beer. He laughs with eyes that know it’s true and pours his friends a different type of beer.

Mauro is a man of vision, motivation, passion, and desire. “People who smoke cigars or pipes prefer to drink brandy, cognac, or fine wine, but no one has ever thought of a beer to go with it and replace the notion of a ‘refined drink’. This is an idea. A elite product,” he says, and it is where his vision is strongest.